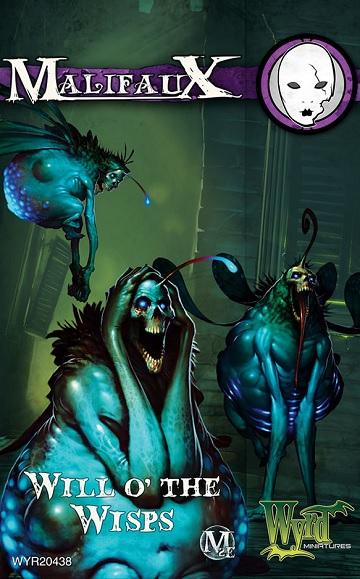 Will o' the Wisps

Will o' the Wisps Product Description

We saw the lights on our fourth night out. At first, we mistook them for other travellers and attempted to make contact, but we got turned around by the much and overgrowth. The Bayou is not an easy place to navigate even without phantom lights to taunt you. We couldn't find the way back after that.

Charles was the first one they took. He just got this look in his eyes and kept saying, "They're singing to me. They're singing to me." We tried to stop him, but he wandered out in to the bush after the lights. After that I started seeing them, really seeing them. Sometimes they appeared as my dead wife. Other times they appeared as terrible monstrosities. The lights morphed and floated, always trying to lure us off the path. We lost Jeremiah next; he mistook a real gator for one of the hallucinations.

Now it's just me left. The thing that terrifies me, more than visions or gators, is that I am no longer convinced that the lights are random, they don't just lure weary travellers of the path. They are leading me somewhere....