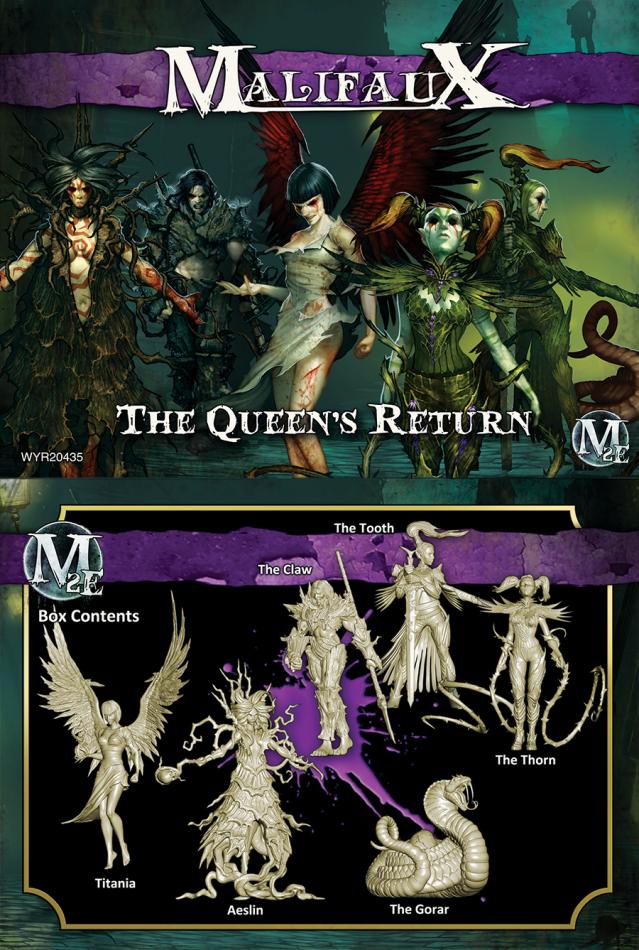 Titania is the Queen of the Fae and the Keeper of the Old World. She is the Storm and the Withered Rose. She is the Autumn Queen, and she is returned to this world once again. Titania ruled the Fae in the days of ancient Malifaux. Her prosperous rule was only interrupted by the rise of the Tyrants. She led her people against the Tyrants and was instrumental in the construction their downfall. Some of her followers were filled with fear at her power and glory, and they betrayed her and locked her away for centuries. Now she has returned to Malifaux. Her power has waned, but she is still the rightful Queen. Her name is still whispered among the Neverborn, and she has begun to gather those who are willing to pledge loyalty to her at the seat of her ancient power. The Tyrants must be defeated once again, and the vermin known as humanity must be wiped from her realm.