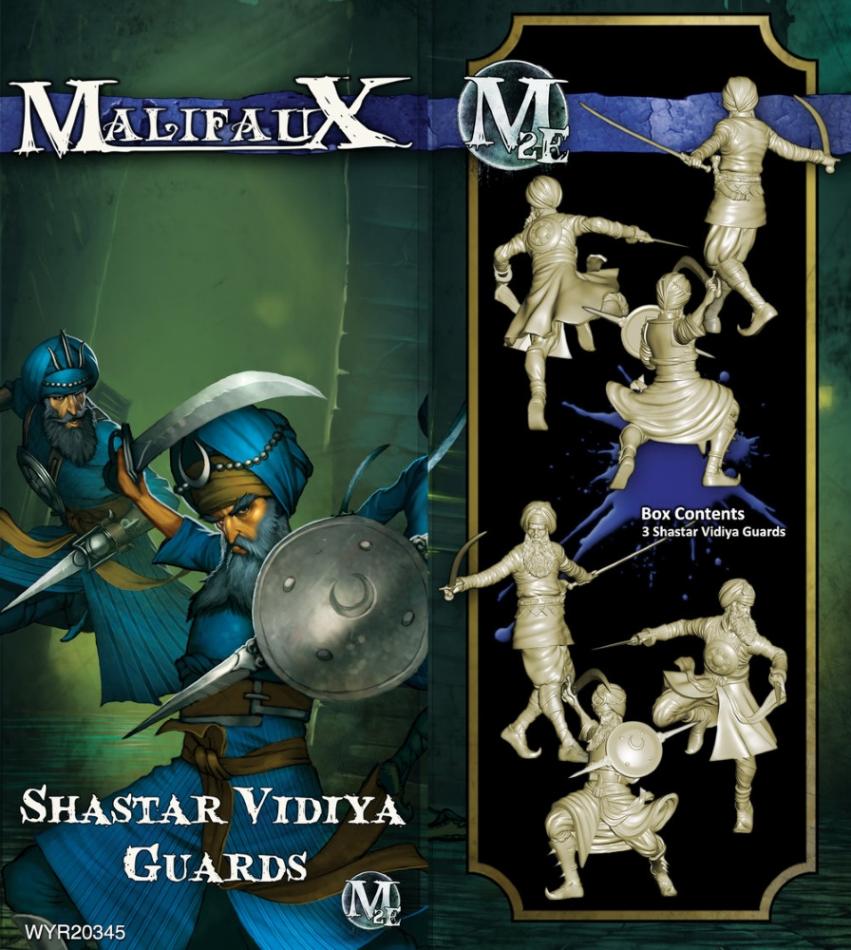 The students of the Shastar Vidiya are members of an ancient and secret sect that teaches a lethal form hand to hand combat. They consider their study of combat to be about more than just martial prowess; it is about learning one's own true nature.

Shastar Vidiya Guards use a wide variety of weapons from their homeland of India, back on earth. These weapons range from the fearsome Ten-Fist-Long Sword to the deadly Chakram. Each weapon must be mastered before a new weapon can be acquired, and the study begins again. As such, only the most elite of the Shastar Vidiya Guards are capable of using their full arsenal.

The Arcanists have begun smuggling the students of Shastar Vidiya into Malifaux to make use of their deadly talents. They are often disguised as new recruits for the M&SU and put on the payroll as miners, even though they never spend a day in the mines. Instead, they are used as guards during some of the Arcanists' more dangerous missions.