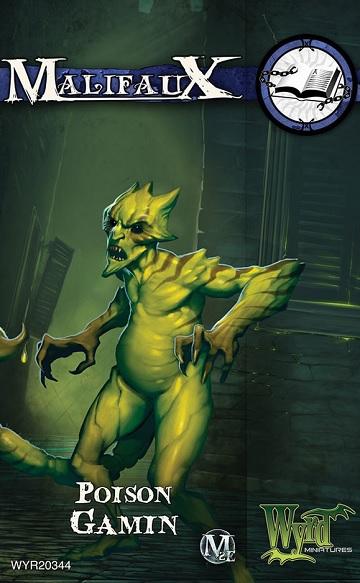 As a Poison Gamin draws near, those around them begin to feel sickly and weal. Their touch can spread a deadly toxin, and they wield a lethal, barbed tail which can deliver a deadly mix of the most virulent toxins.

Poison Gamin are some of the most difficult Gamin to summon and control due to their deadly nature. More than one wayward Arcanist has summoned one, only to accidently brush against it and succumb to their own creation. Because of this, only the most skilled mages attempt to call the creatures into the material plane. Among them is Sandeep, who considers the Gamin to be perfect for helping him to collect some of his more dangerous magical items.