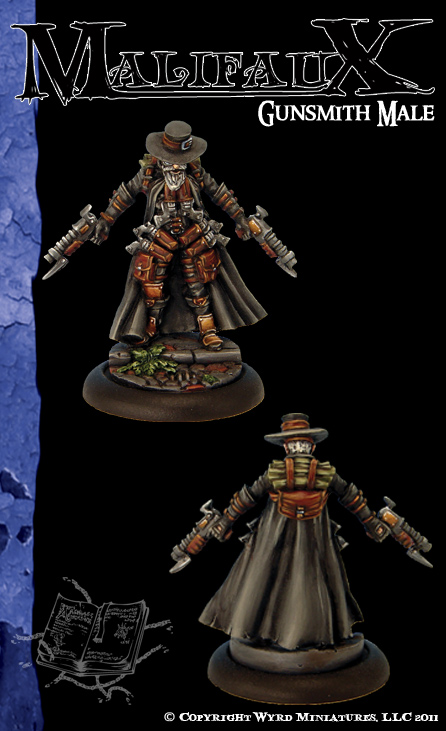 The City of Malifaux is thick with magical energies. Those newly arrived in the City often describe an electric feeling in the air, making the hairs on the back of their neck stand up. Almost all residents of the City develop some small ability to manipulate this energy, usually manifesting as minor magical abilities.

A small number will display noteworthy powers, powers that represent a threat to the Guild presence in Malifaux. These individuals have been labeled Arcanists, and the Guild expends significant resources in hunting these dangerous men and women, dedicating their Witch Hunter task force to eliminating this unpredictable rogue element.

The Gunsmith is a master shot, and chooses to craft his own weapons. Cloaked in a long coat, he is quick on the draw, and carries no less than 8 guns at any one time. Anyone who challenges the Gunsmith to a shootout is surely tempting fate...

This Blister contains 1 metal miniature. This model is supplied unpainted, and assembly may also be required.