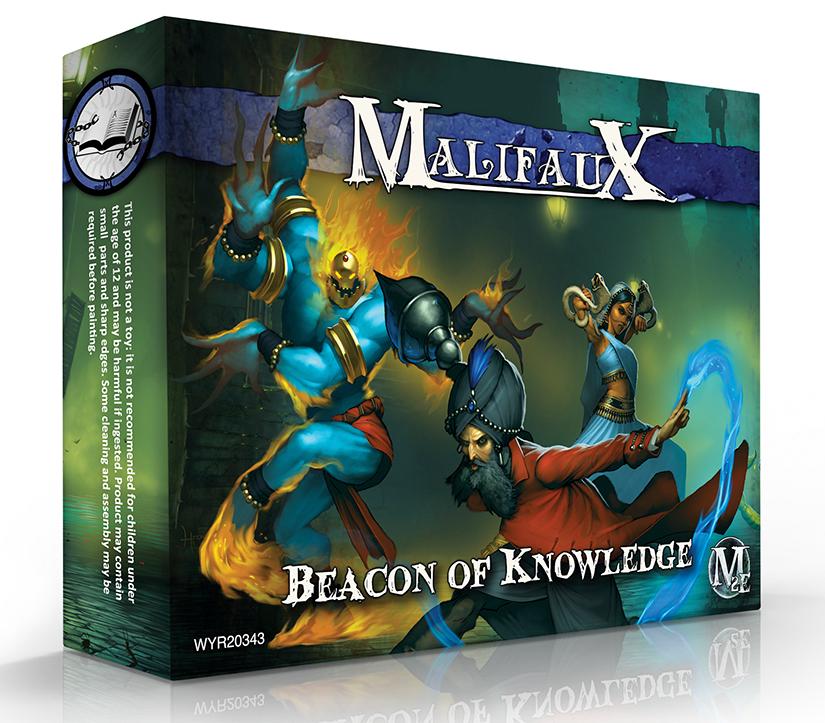 The Beacon Of Knowledge is a new crew box introducing a new Master to the Arcanist faction, Sandeep Desai. The rules for the miniatures will be available in the Ripples Of Fate, the 3rd expansion for 2nd Edition Malifaux.

Sandeeps box set contains six models, including Sandeep himself. Kudra, Sandeeps loyal student, is his right-hand-woman, and she defends her teacher with arcane skill and physical prowess. Sandeep can summon his Totem, Banasuva, to present a large, flaming threat for his opponent. Finally, the Poison Gamin are versatile Minions which Sandeep is also capable of summoning.

Please Note: Miniature is supplied unpainted and assembly will be required.