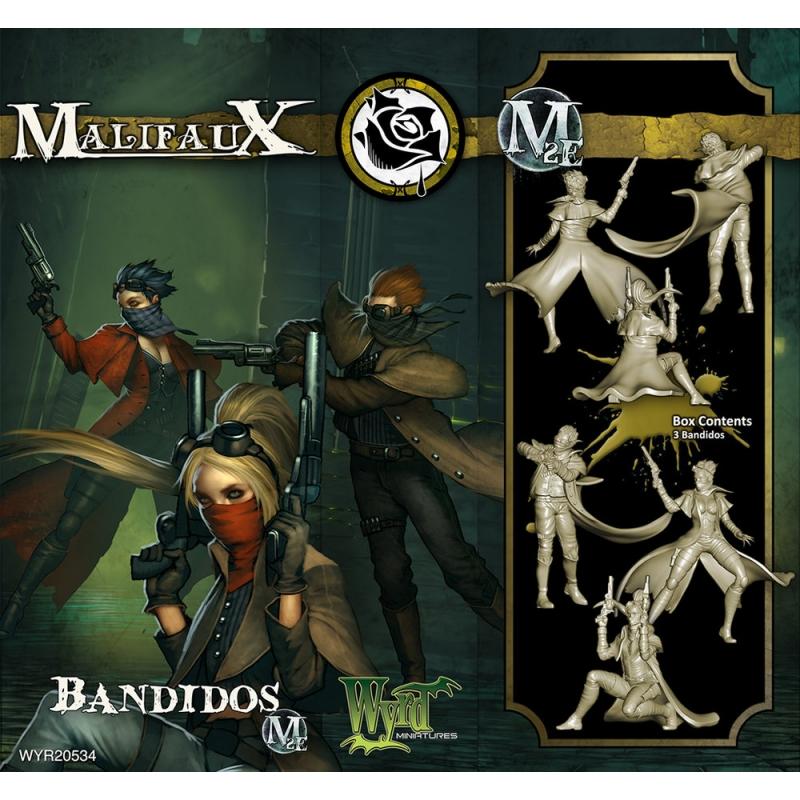 The Barrows Gang, as they have come to be known, are notorious outlaws that plague the Northern Hills and footprints near Ridley. Most people, the guild including, focus on the "Barrows" more than they focus on the "gang," and that's just fine for the men and women who ride alongside Parker. They all take the same share of the loot (Parker sees to that), and only one man's face ends up on the wanted posters. They come from all walks of life but, for their own reasons, have forsaken it all and ridden out to become outlaws. some were members of the Union, others were guardsmen, and word has it that one even used to work in the Star Theater. Of course, they have many things in common, too. they're dead shots with a pistol, experts on horseback, and adapt at making a quick getaway into the harsh terrain of the Footprints; any who weren't died long ago. This is an Outcast Box Set, containing 3x 32mm 'heroic' scale miniatures made of high-quality plastic, and Stat Cards.