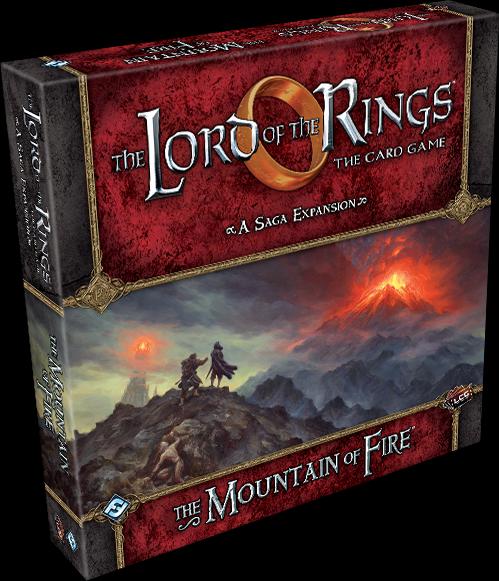 Your desperate journey nears its end. While the Captains of the West march to the Black Gate, the fuming, barren, and ash-ridden land before you rises upward. Into air choked by smoke. Up toward the fires of Mount Doomtoward your fate and the fate of all Middle-earth

Dire, world-shattering stakes. Epic Multiplayer Mode. The climactic conclusion to your The Lord of the Rings campaign. In The Mountain of Fire, you\'ll find three epic saga scenarios inspired directly by The Return of the King.

Two of these scenarios thrust you deep into the heart of Mordor, where you\'ll join Frodo Baggins for adventures in Cirith Ungol and along the road to Mount Doom. The third will give you the chance to ride beside Aragorn as he, Gandalf, Prince Imrahil, and Éomer lead a valiant army of seven-thousand into the teeth of a battle they cannot possibly hope to win. All they can hope is that they will buy enough time for Frodo to carry the One Ring back to the fires in which it was forged.

And it\'s not just the scenarios that are bigger and more fantastic than ever. The Mountain of Fire is loaded with new heroes, allies, events, and attachments that truly convey the awesome resolve of those noble and daring Men, Elves, Dwarves, and Hobbits that stood at the end against the forces of Mordor.