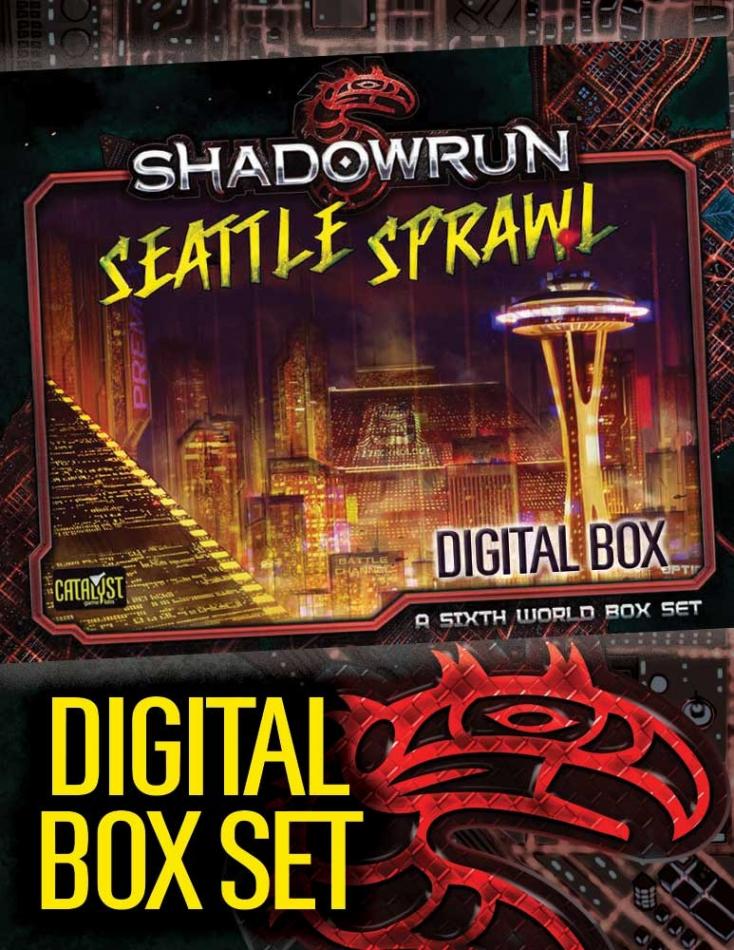 Its the shadowrunning capital of the world for a reason. Seattle offers an unparalleled intersection of corporate, political, and criminal powers. This is where icons are madelike the Ancients, the Halloweeners, the Finnigan Crime Family, the Skraacha, Dantes Inferno, Renraku Arcology, the Big Rhino, and the Alabaster Maiden. And this is where runners like Dodger, Sally Tsung, Dirk Montgomery, Jake Armitage, Twist, Kellan Colt, and James Kincaid made their names, sometimes made their fortunes, and occasionally experienced horrible losses. This is where you go to test your mettle. This is how you show youre at the top of the heap.

A sprawl this big cant be contained in a single book, so we made a box. Inside youll find:

All this will bring the sprawl to life while making it easier for players and gamemasters to dive into the shadowy depths that make Seattle legendaryand see if they can keep their head above water.

Seattle Sprawl is for use with Shadowrun, Fifth Edition.