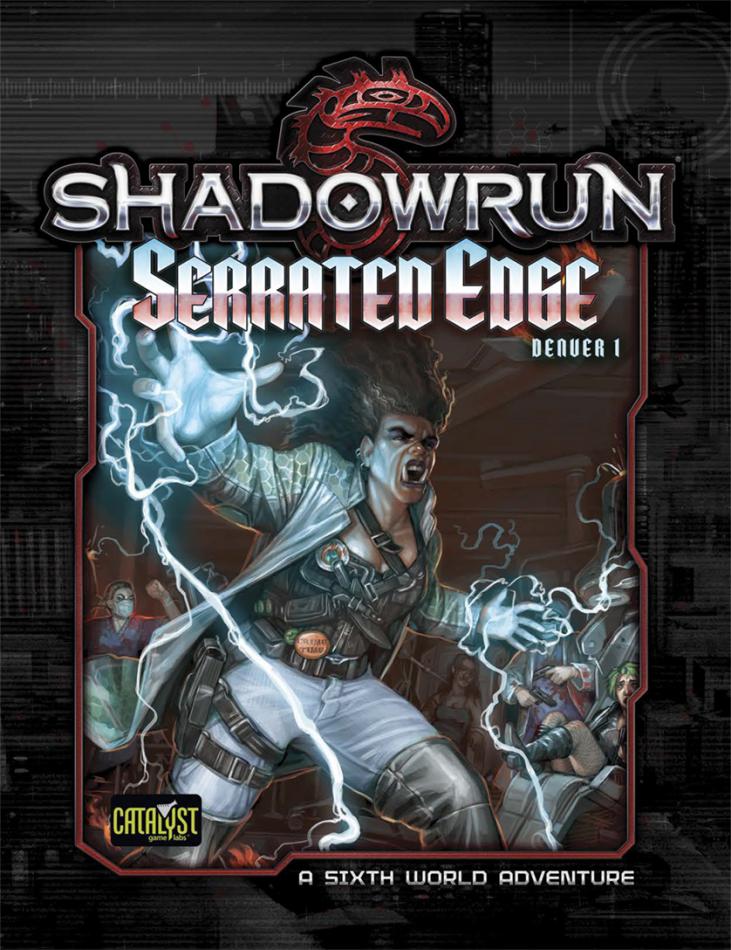 The Sixth World is many things, including a stunning series of case studies on the mechanisms of hate. There are some true experts out there, people who know that just walking up to someone or something you dont like and throwing a solid punch is satisfying, but nowhere near as satisfying as causing destruction that runs deep and lasts forever.

The Aurora Warrens of Denver hold a dark secret, as some people trusted to help its residents are instead giving full rein to their darkest impulses. Shadowruuners typically are not heroes riding in to save the day, but in this case the work theyre being offered gives them a chance to dig into these secrets, perhaps fix some of them, and maybe even bring a few people to justicehowever they happen to define justice. With dark secrets, double-crosses, and plenty of nuyen flying around, Serrated Edge gives players plenty of chaos to keep up with while launching them into a series of adventures that will shake up the city of spies and maybe bring about a better future. Or curse it to worse.

Serrated Edge is an adventure for use with Shadowrun, Fifth Edition.