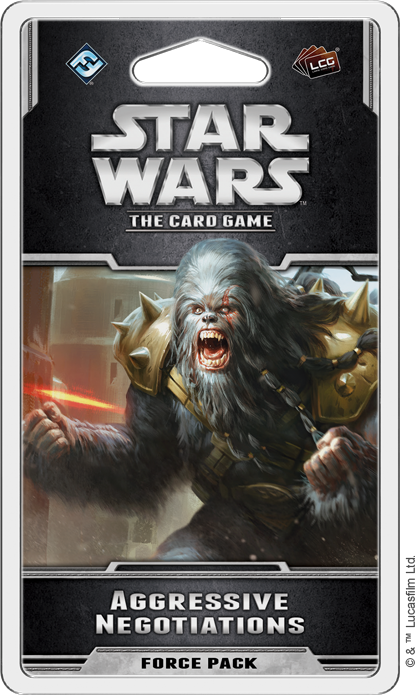 "Droids aren't meant to do many things, sir. I rarely let that stop me." Triple Zero

Aggressive Negotiations is the second Force Pack in the Alliances cycle for Star Wars: The Card Game. Its sixty new cards (two copies each of five new objective sets) explore the loose associations between the galaxy's underworld informants and the Imperial Troopers who rely upon their intelligence to crack down on Rebel activities. If any of those Rebels are taken captive, youll also find jailers and Droids eager to deal with them.

Additionally, light side players can reach out to the Force alongside Chirrut Îmwe and the Wookiees of Kashyyyk, using their talents to avoid dark side opponents eager to hunt them down, take them captive, and extract whatever secrets they may know.