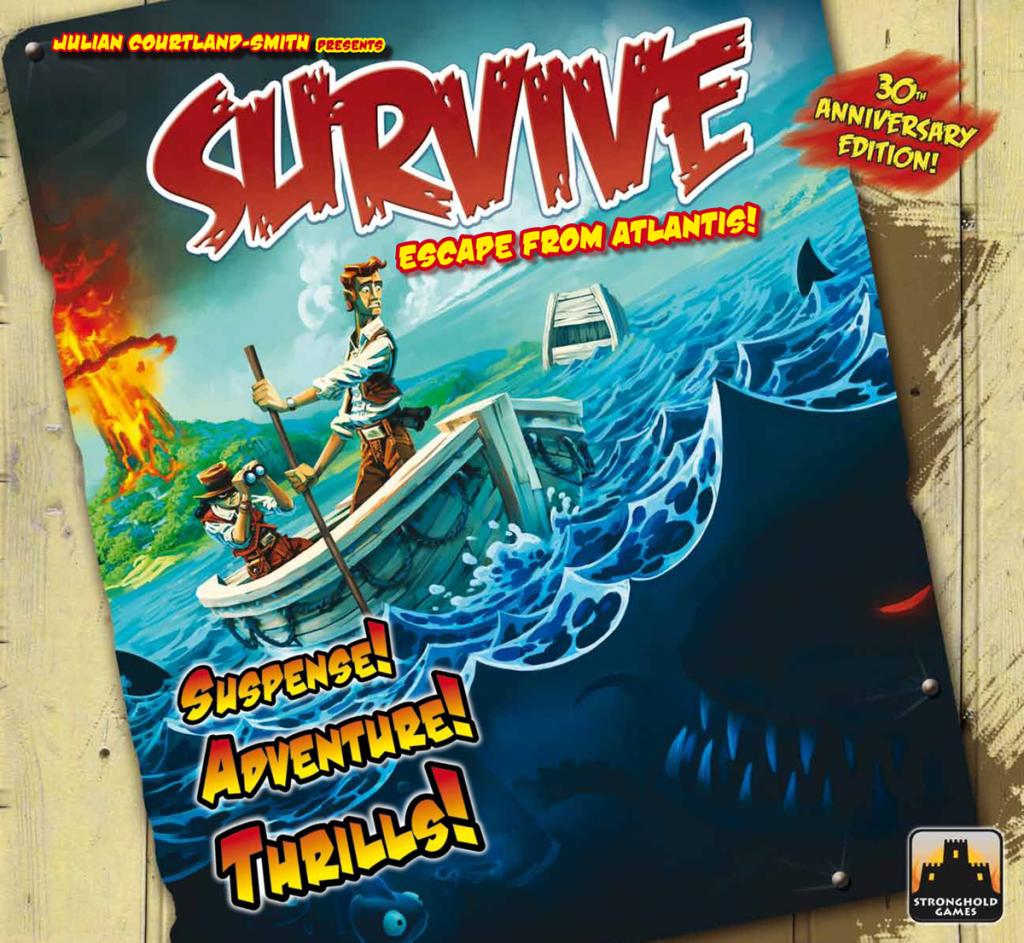 It's early in the 20th century, a time of exploration and adventure. The mysterious island of Atlantis has been discovered in the middle of the ocean, and there are rumors of great riches to be found there! After reaching Atlantis, the explorers are ready to return home with treasure and artifacts. But Atlantis begins to sink!

In a panic, the adventurers try to avoid a terrible fate.  The luckiest will find a boat to return home while the less fortunate will have to try to swim for it.  But nobody will be safe from the Sea Monsters, Whales, and Sharks that live in the ocean around Atlantis!

In Survive, you try to lead your Explorers from the sinking central island of Atlantis to the safety of one of four islands nearby. Your Explorers can get there quickly by boat, if they find one or more slowly by swimming. But it will be a perilous journey as they must avoid Sea Serpents, Whales, and Sharks! When the volcano on Atlantis explodes, the game is over. The player with the most Explorer points wins!

Survive: Escape from Atlantis! 30th Anniversary Edition have been upgraded to the highest quality levels, including slotted wood boats to carry the Explorer tokens, as well as Land Tiles of 3 different thicknesses to give Atlantis a 3D look.