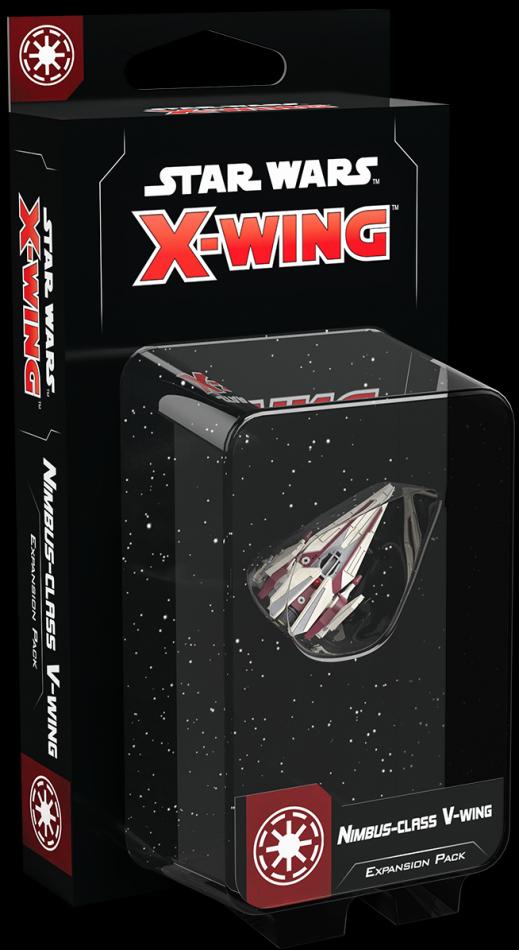 The Kuat Systems Engineering Alpha-3 Nimbus-class V-wing is the vessel of choice for the Galactic Republics clone and non-clone starfighter pilots alike. This nimble craft is fielded in various configurations for specialized tasks. The techniques pioneered to mass-produce its precision ion engines will later be crucial in the development of the TIE series by Sienar Fleet Systems.

The Nimbus-class V-Wing Expansion Pack contains everything you need to incporate one of these versatile starfighers into your Galactic Republic squadrons, including a beautifully pre-painted miniature and six ship cards that allow you to hand pick your pilot. Meanwhile, seven upgrade cards give you the freedom to customize your ship with new astromechs, two different configurations, and more!