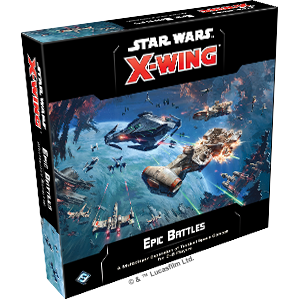 Broaden the possibilities of your Star Wars: X-Wing games with the Epic Battles Multiplayer Expansion! This expansion introduces a totally new way to play X-Wing, inviting two to eight players to engage in epic multiplayer battles as they command massive fleets in large-scale games that evoke iconic Star Wars scenes.