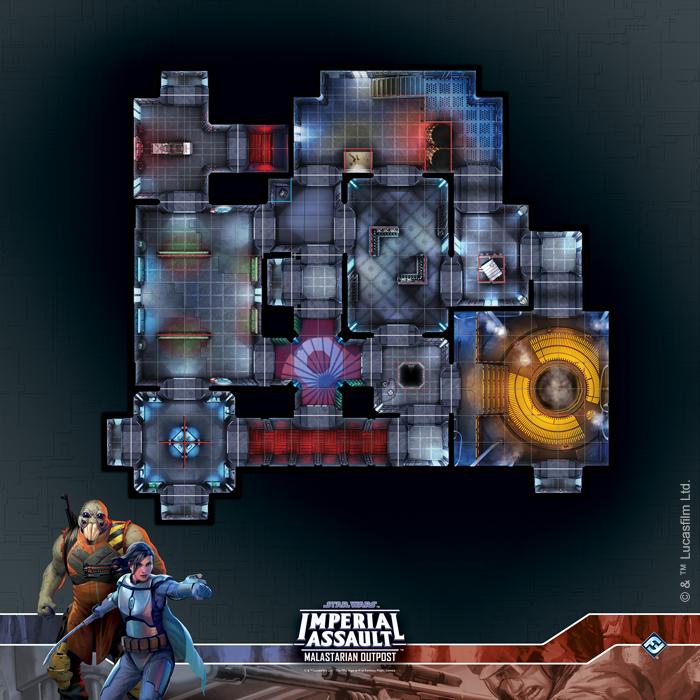 Keep your Star Warsâ ¢: Imperial Assault raids clean and organized with the Malastarain Outpost Raid Map for use with the Legends of the Alliance app! Raid mode sees a team of one to four players try to accumulate as many points as they can over six rounds by defeating imperial forces and gathering intel. The best of the best will find themselves in the Hall of Legends, exalted among all Imperial Assault players!

This 3 x 3 slip-resistant mat is the exact setup for Legends of the Allianceâs first raid, and keeps your games organized and easy to setup.