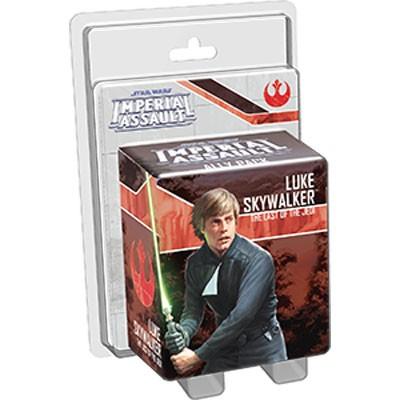 For centuries, the Jedi Order endured as a symbol of truth and justice in the galaxy, with hundreds of Jedi Knights working to protect the innocent and safeguard the galaxy. The Galactic Empire gutted the Jedi Order, however, and by the events of Return of the Jedi, Luke Skywalker may be all that remains of that once legendary order. With the Luke Skywalker Jedi Knight Ally Pack, you can bring a new version of Luke Skywalker into your Imperial Assault campaigns and skirmishes.


A Jedi Knight with the skills of Luke Skywalker would be an undeniable boon to any Rebel strike team. You might end up using Luke\'s knowledge of his homeworld to infiltrate an Imperial base on Tatooine, or you may bring him into one of your other missions as an ally. With his fully developed Force powers, Luke Skywalker can fight for the Rebel Alliance whether you\'re playing the new full-length campaign in Jabba\'s Realm, skirmishing against a hostile strike team, or playing any of your other adventures across the Star Wars galaxy.