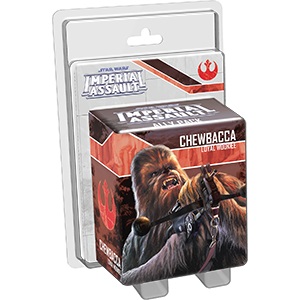 Fight for the Rebel Alliance with Imperial Assault Ally Packs! The Chewbacca Ally Pack features a detailed figure of Chewbacca, allowing you to replace the ally token found in the Core Set, and bring new life to this fearless Wookiee smuggler. Youâll also discover new missions for both the campaign game and the skirmish game, allowing you to prevent the Empire from enslaving Wookiees on Kashyyyk, or infiltrate an Imperial labor camp. With new missions, a plastic figure, and key Command cards, this Ally Pack offers plenty of options for any game of Imperial Assault.