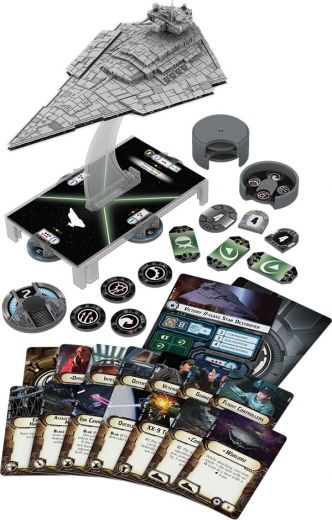 From the Armada Core Set, the Victory-class Star Destroyer is the largest and most powerful ship which forms the core of the Imperial Navy during the Galactic Civil War. Measuring roughly 900 metres in length, over 5000 sport crew and a dagger shaped design allowing them to focus all their weapons on their forward firing arcs the Star Destroyer is a great way to strengthen your Imperial Force.\r\n\r\nThis box includes one sculpted and pre-painted miniatures Star Destroyer, requisite tokens and command dials, a dozen ship upgrades and upgrade cards.