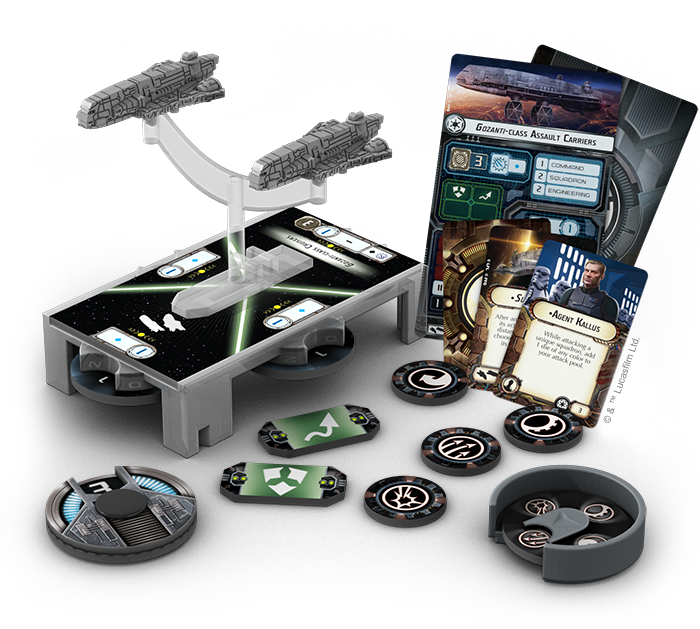 Coordinate your Star Wars: Armada fleet with the flotilla of Gozanti-class cruisers from the Imperial Assault Carriers Expansion Pack! With just one die in their left, right, and forward battery armaments, and no dice to fire from their rear arcs, your flotilla of Imperial assault carriers will not intimidate your opponent into surrender, but it more than makes up for its minimal firepower with its Fleet Support upgrades, which allow you to coordinate and support your fleet more effectively than ever!