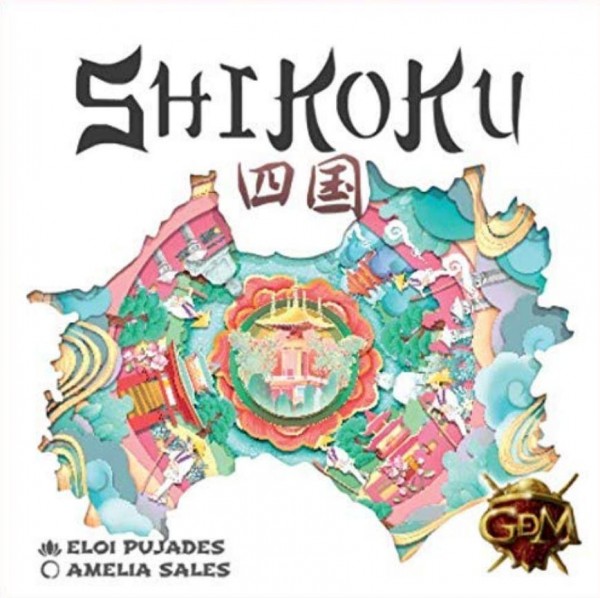 Shikoku is the smallest of the four main islands of Japan and famous for its 88 Buddhist temples pilgrimage. It is said people have a year of misfortune and woes at the age of 42 for men and 33 for women so to be cured and avoid bad luck, pilgrims of those ages attend the temple 23 called Yakuji and place of the Buddha of healing, Yakushi Nyorai. In every step, pilgrims leave a coin while singing the Yakushi mantra, which favors them with spiritual healing and prevents misfortune.

In Shikoku, players play the role of pilgrims who are going up the 33 steps while singing mantras until they reach the pagoda. However, the "Middle Path" seeks moderation, not the extremes: To be the first one, or the last, is not welcome! The winners will be those who are second or next to last on the steps when a player reaches the top. The game is played in rounds, each of them with three phases:

What you get
Shikoku - Strategy Board Game

Suitability
For Between 3 - 8 players.
For ages 8 years and over.
Not suitable for children under 3 years old Choking Hazards