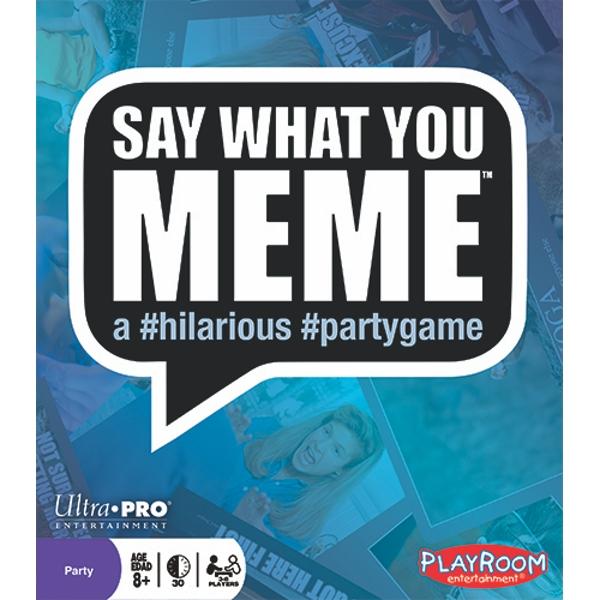 Say What You Meme (2nd Edition)

Say What You Meme is the #hilarious #new #party game in which you can create your own memes â pictures with hysterical sayings found on Facebook, Twitter, Reddit and other social media sites â and choose which are the funniest!

In the game, players get the chance to try their hand at this 21st century art form by combining hilarious images and witty text. It will be up to their opponents, though, to decide whose meme is the most clever!