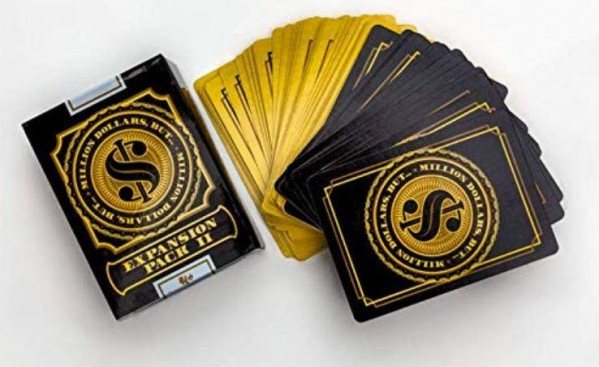 Million Dollars, But... The Game Expansion Pack #2 comes with 100 new cards to either play standalone, or combine with your core game to expand the fun.

What you get
Million Dollars - But... Expansion Pack 2

Suitability
For Between 2 - 6 players.
For ages 17 years and over.

Not suitable for children under 3 years old Choking Hazards