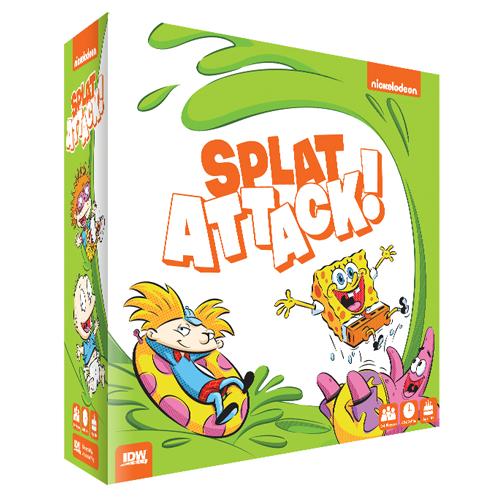 Positioned as an all-out food brawl between the most beloved Nickelodeon characters from the 1990s, Nickelodeon Splat Attack! has players controlling teams that are divided along and flinging food at each other in an effort to hold key positions in the properly-themed food court to become "king of the court"!

Nickelodeons Splat Attack! is a 2-4 player game which puts players in control of teams from different brands as they fling food, fight for control of areas, use special abilities to come out the cleanest and avoid getting knocked out! The base game includes 16 highly detailed miniatures of your favourite characters and a whole plate filled with game components and card board elements. Designed by Jonathan Ying (Doom and Imperial Assault) this game is made for miniature games fans and new gamers. SpongeBob and Patrick taking on Tommy and Angelica for control of the food court is what this game is all about!