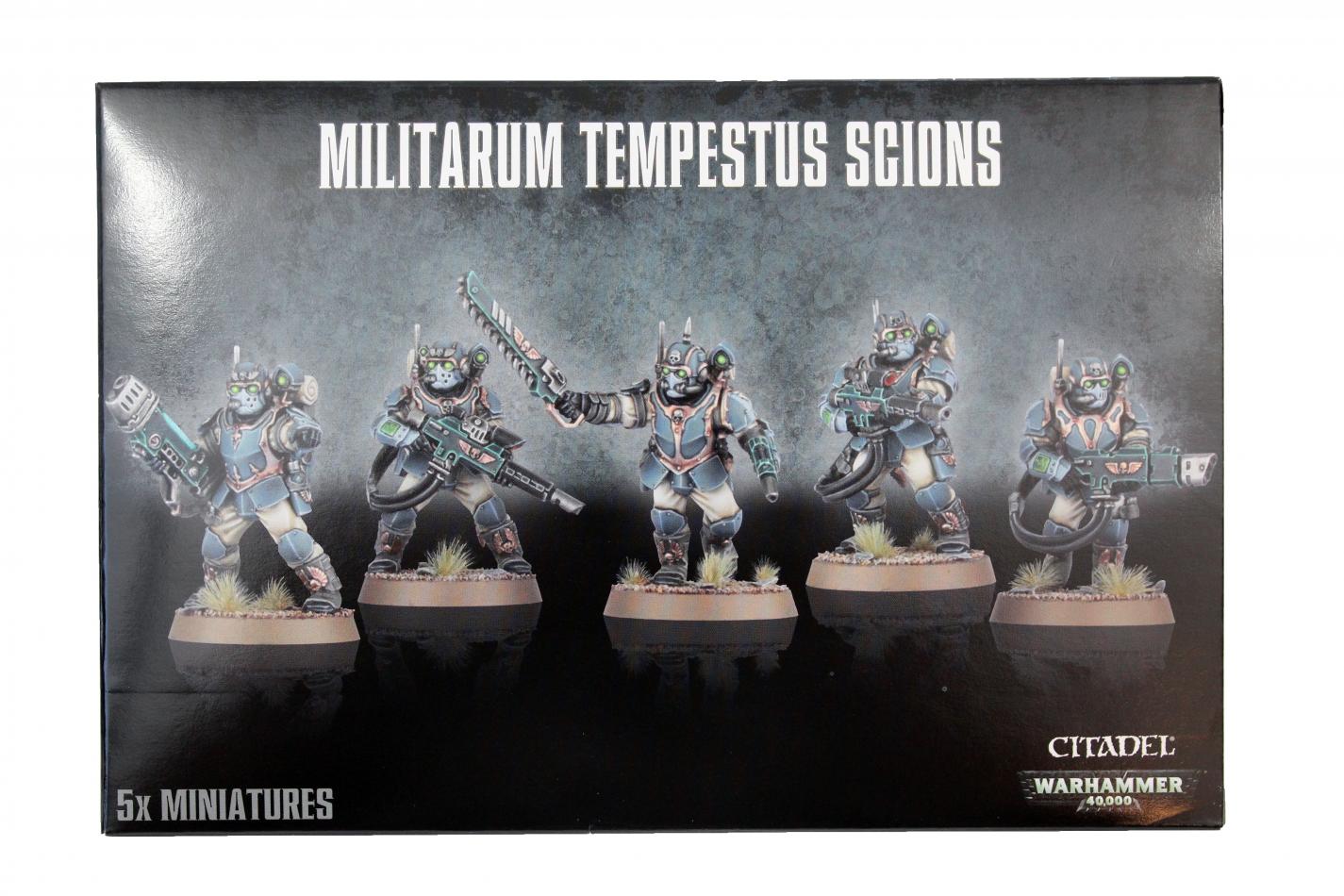 
This box contains everything you need to make a 5 man Militarum Tempestus Scions squad armed with hot-shot lasguns. You have the option to use a combination of 17 heads (8 with respirators and 9 with berets) and ammo pouches, knives, grenades and canteens to fully customise your miniatures.

If you choose to build a squad of Tempestus Scions you have the option to upgrade 1 model to be a Tempestor. The Tempestor has a fantastic array of weapons options. The right hand can be equipped with a powerfist, chainsword or power sword, and you can choose to upgrade the left handed laspistol to a bolt pistol or a plasma pistol.

You have the option to replace the hot-shot lasguns with a choice of five additional special weapons: a plasma gun, meltagun, grenade launcher, flamer or hot-shot volley gun. This kit also includes a vox-caster backpack which allows one of your Tempestus Scions to fulfil the role of Vox-cast operator.

This kit can also be assembled as a Tempestus Scions Command Squad. It is supplied unpainted and requires assembly - we recommend using Citadel Thin Plastic Glue and Citadel Paints.