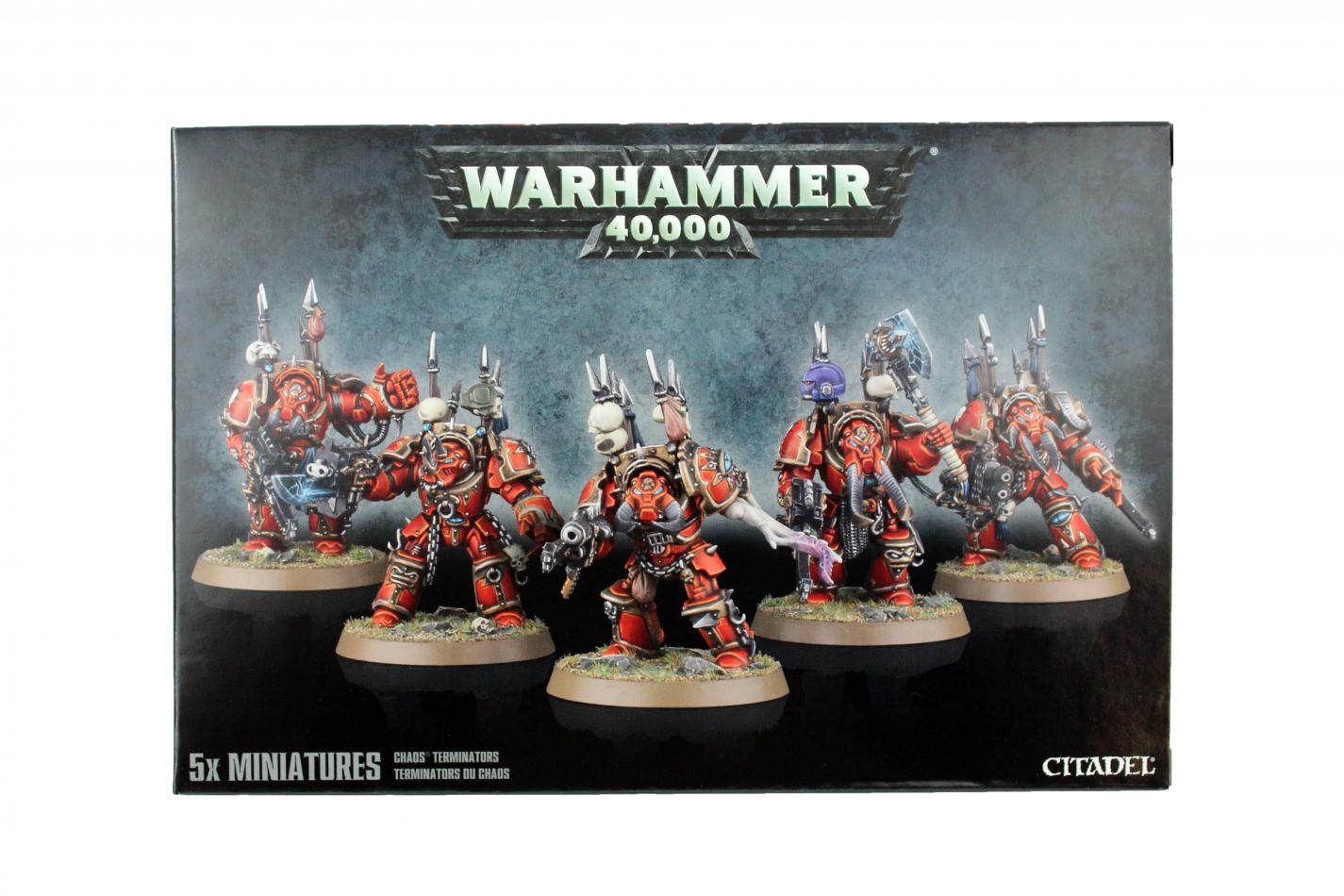 Chaos Terminators are the finest warriors in the universe, armed with the best weaponry and equipped with the thickest of Armour. They are also, however, the most insane, psychopathic killers, intent on wiping out Mankind, and burning the Imperium to the ground. This plastic box set contains a Chaos Sorcerer in Terminator armour, and a Chaos Terminator Squad  this includes options for a Champion, and a number of horrible weapons (including power axes, reaper autocannon, bladed combi-bolters, and even a power maul) with which to annihilate the enemies of Chaos! Supplied with six Citadel 40mm Round bases and a Chaos Space Marine transfer sheet.