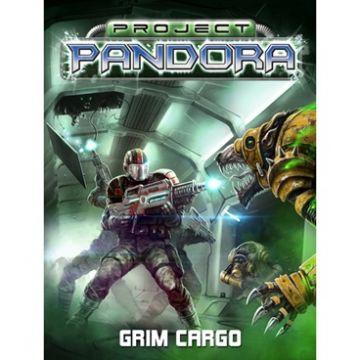 Project Pandora: Grim Cargo is a sci-fi board game pitting the Corporation against the mysterious Veer-myn, who have boarded a Corporation Starship in attempt to steal its precious cargo – a cargo which the Corporation will do everything in it’s power to keep hold of.

Written by the author of the sell-out Dwarf King’s Hold series, the game features an innovative dice-driven combat mechanic and a scenario based narrative, allowing you to recreate the mission.

It includes 10 highly detailed Corporation and 10 Veer-myn miniatures, stunning new artwork depicting the starship and action counters, and the Grim Cargo rulebook, featuring a host of fast paced and easy to learn rules that will lead to some incredibly tense games.