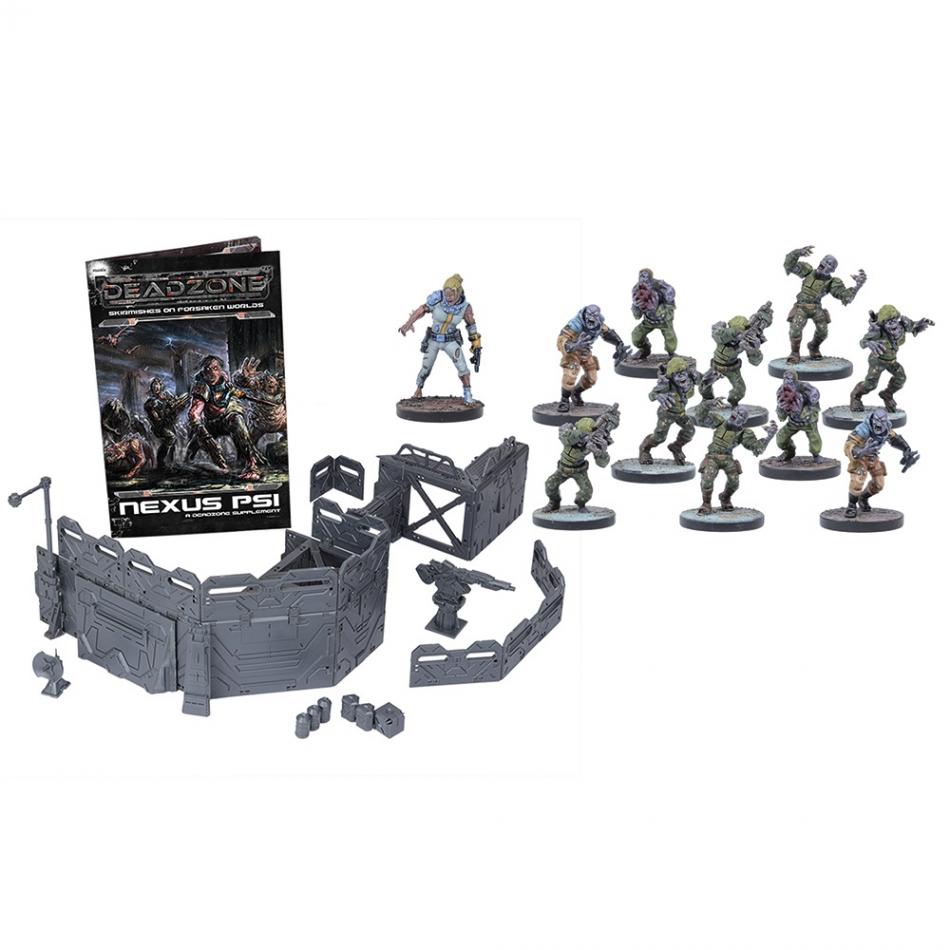 On the newly settled planet of Nexus Psi the Plague has taken hold, twisting the colonists into horrifying monstrosities. The Councils Enforcer strike teams must cleanse the planet before the Plague escapes to spread its contagion across the galaxy.

This exciting expansion features two new campaigns for Deadzone. One introduces solo-play - \'Artificial Stupidity\' for a series of games against the Zombie hordes. The second campaign focuses around Nexus Psi and the hunt for the origins of the Plague outbreak.