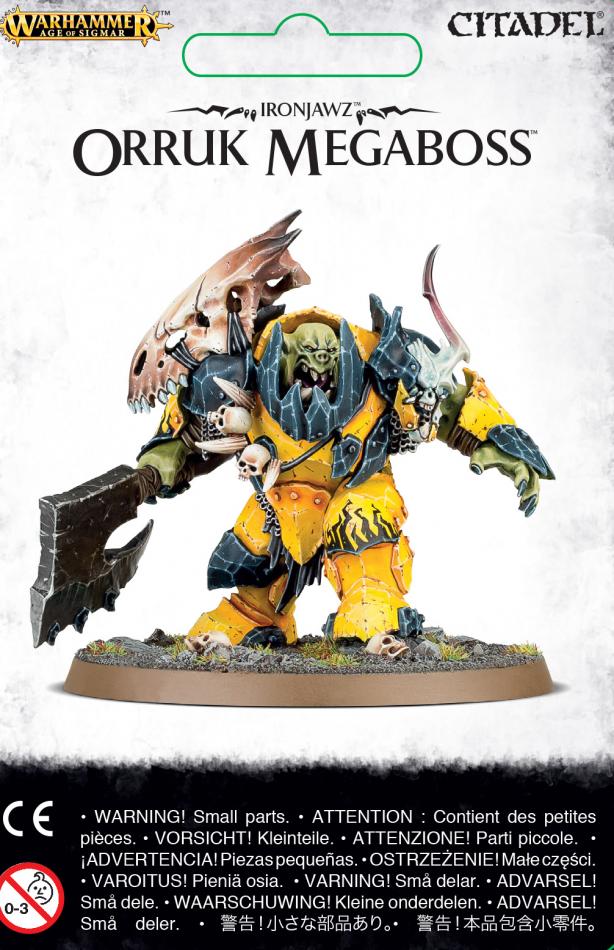 The biggest  and therefore the best  of the Ironjawz, the orruk Megabosses lead the Ironjaw warclans with a ramshackle unity, smashing and stomping and breaking and battering everything in reach. The more fights an orruk wins, the bigger they get; Megabosses are understandably massive, and more than happy to use their immense, muscular bulk to kick in the heads of anything and everything in their path. Covered in scraps of iron taken from bested foes, festooned with trophies of war and armed with some utterly brutal weaponry, orruk Megabosses are absolutely terrifying to even behold, let alone actually take on in battle.

This multi-part plastic kit contains the parts necessary to assemble one orruk Megaboss, covered in nailed-on iron armour, armed with a boss choppa and rip-tooth fist. Fourteen components are included, along with a Citadel 60mm Round base.