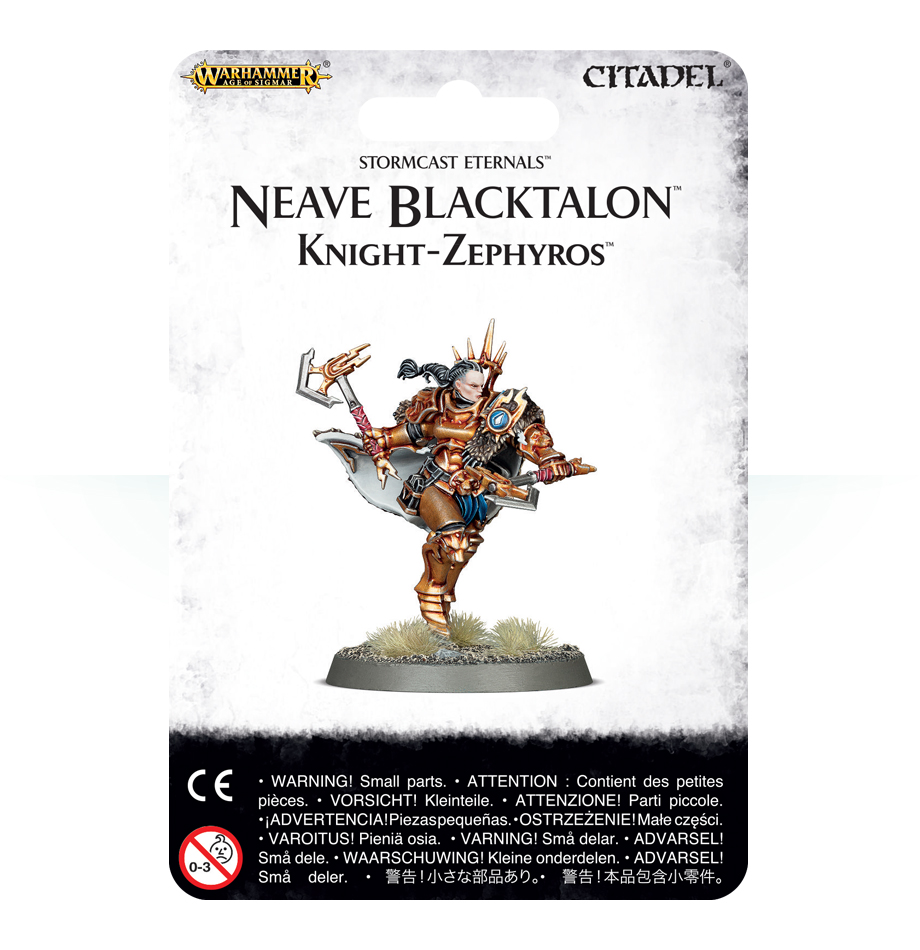 This multi-part plastic kit contains the components necessary to assemble Neave Blacktalon, a Stormcast Eternals Knight-Zephyros. Clad in the golden armour of her fellow Stormcast Eternals, with a few concessions made for speed, she is posed moving rapidly forward after some unseen target (which probably wont be alive much longer) She clutches a whirlwind axe in each hand  these are made from as little metal as possible while still remaining deadly, slicing through the air with incredible speed. As well as these axes she carries a boltstorm pistol, stowed on her belt for easy access. Her armour features the lion and wolf motifs many Stormcasts bear, with a huge fur cloak billowing in the wind behind her. Neave Blacktalon comes with a choice of 2 heads  1 helmeted and spiked, and 1 bare, featuring long braided hair. This model cames as 10 components, and is supplied with a Citadel 40mm Round base.