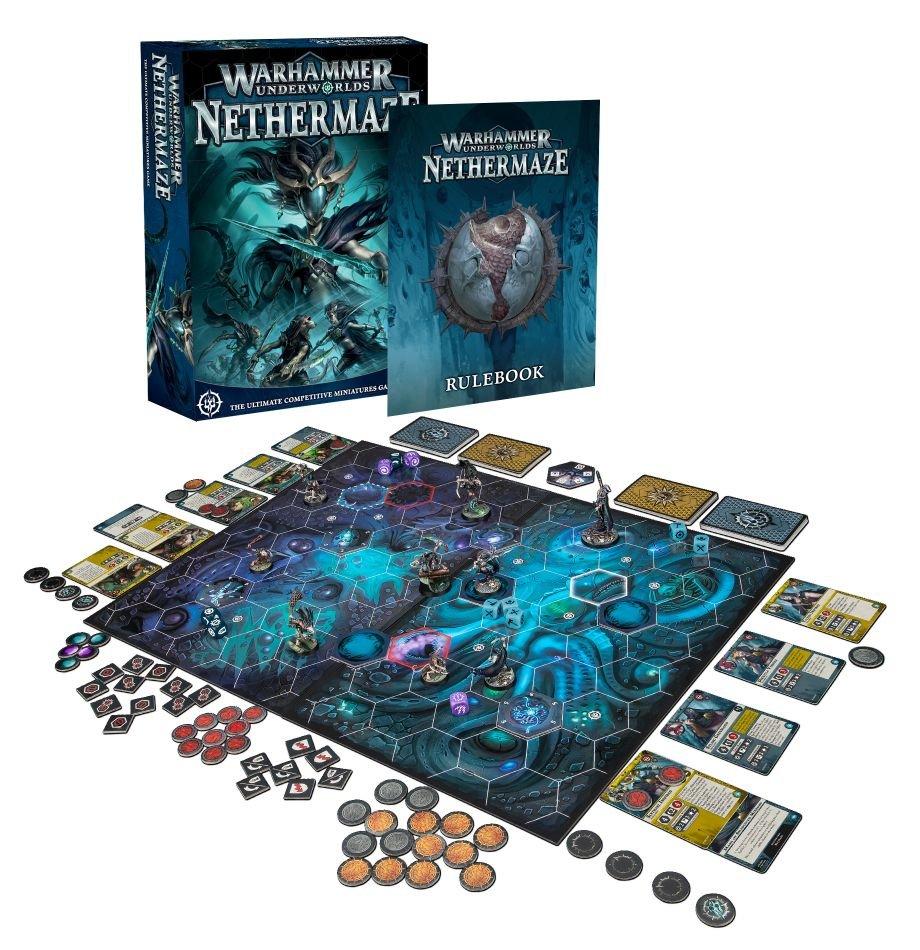 This set contains: - The complete rules for Warhammer Underworlds â a tight and concise ruleset, honed over many seasons. This expansion adds fresh new mechanics like Maps and Domains, as well as chilling new lore and art that delves deeper still into the shadowy setting established by Harrowdeep - The complete Shadeborn warband â Murderous aelven Shadowstalkers that utilise the umbral arts, melting into the shadows and then reappearing to strike down their foes from behind. Quickly assemble your warband with four push-fit models, cast in a deep mauve to stand out even when unpainted, plus fighter cards and a full Rivals deck to claim the deeps for Khaine - The complete Skittershankâs Clawpack warband â Skaven assassins that exhibit all the cunning and cruelty of the Clans Eshin. With five push-fit models in skulking brown plastic, plus fighter cards and a pre-made Rivals deck, youâll be ready to clash quick-fast - 2 double-sided game boards to represent the uncanny corridors of the Nethermaze - Warhammer Underworlds tokens, including objectives, wound markers, glory points, and many, many more - 48 universal cards â gambits, objectives, and upgrades that can be used by any warband, perfect for changing up your Shadeborn and Skittershankâs Clawpack decks, or expanding on your favourite warband as you bring them into the new setting - 36 Grand Alliance cards â gambits, objectives, and upgrades that can be used by any warband belonging to that Grand Alliance - 11 Dice â 5 Attack dice, 3 Defence dice and 3 Magic dice, enough for the most devastating blows, desperate defences and cataclysmic spells Whether you're a new player looking to start your journey or a veteran gamer looking to update your game for the new season, this set is a must-have. This box contains push-fit miniatures which are supplied unpainted and require assembly