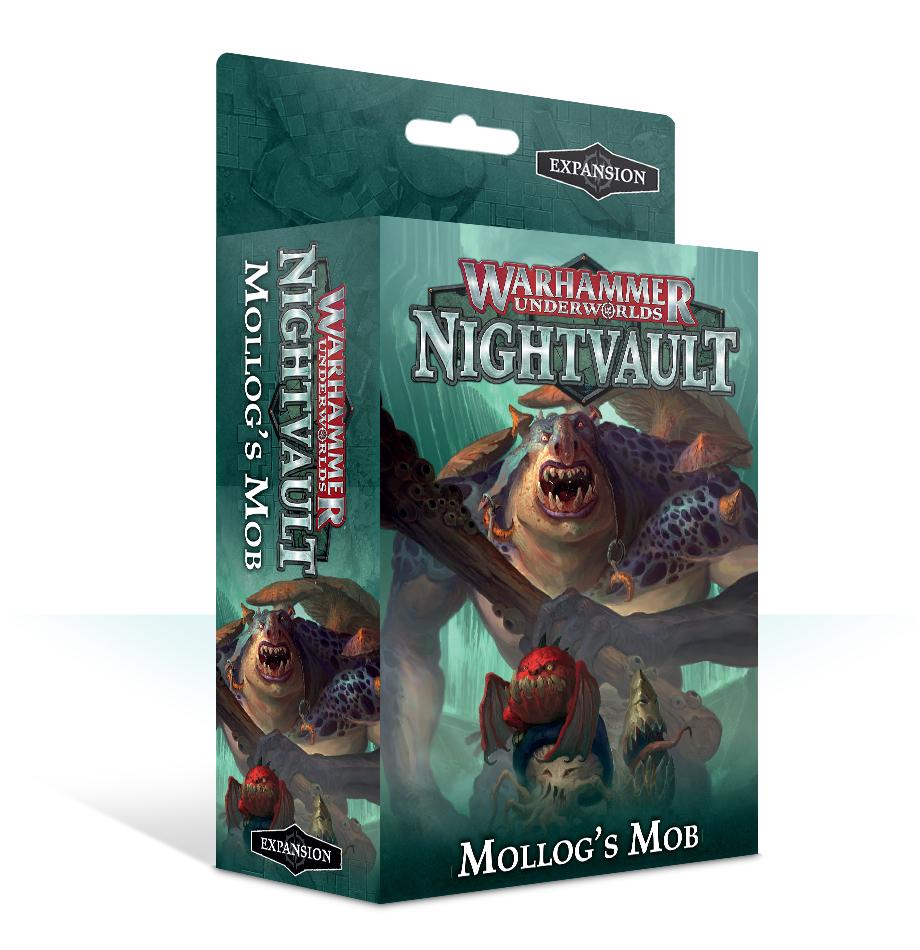 brutally powerful fighter (and his squiggy mates). Youll sweep through unprepared warbands with ease, using a host of nasty critters to support your rampage. Inside this set, youll find four push fit models that let you build Mollogs Mob, plus fighter cards for keeping track of their rules in battle.

This set also features 60 unique cards, available only in this set. Youll be able to harness the full might of Mollogs Mob with 29 warband-specific cards, or upgrade your decks for any warband with 31 universal cards  including objectives, ploys and upgrades  that anyone can use.