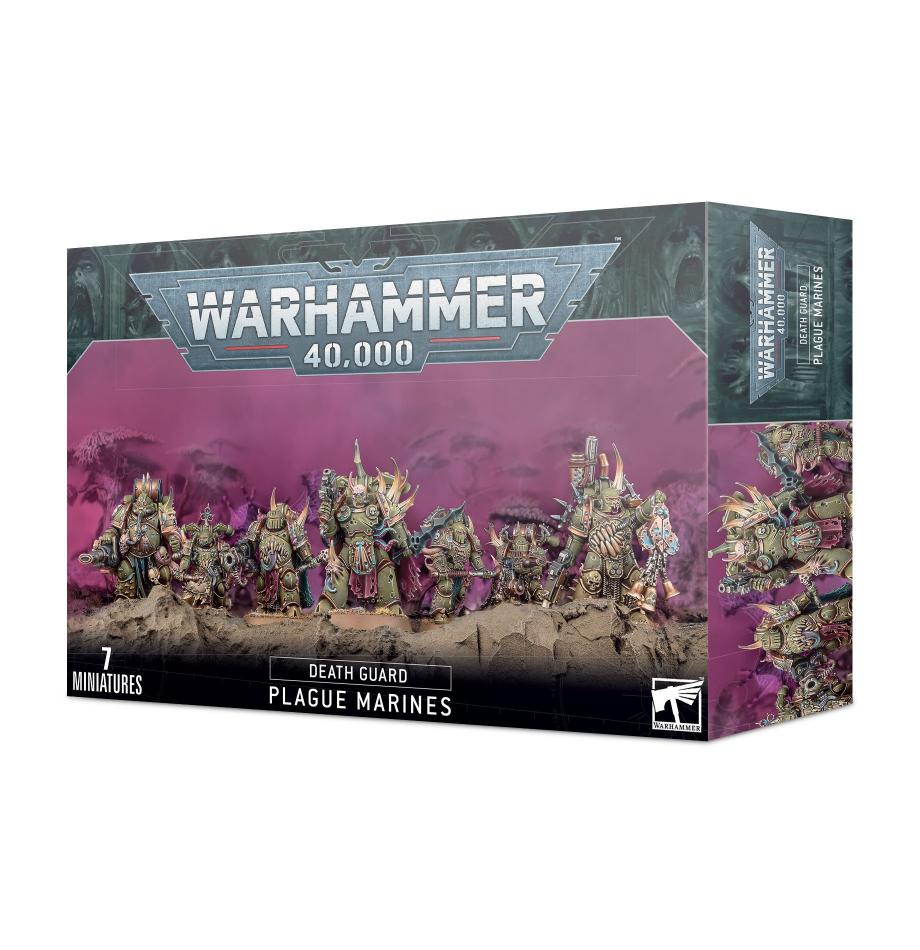 This multi-part plastic kit contains the components necessary to assemble a 7-man squad of Plague Marines. Each is posed dynamically, with the usual Death Guard accoutrements  cracked, rotting armour revealing grasping tentacles, severed heads displayed proudly on belts, backpacks sloshing with unnatural diseases and pipework leading from rebreathers to Nurgle knows what foul concoctions. Theres an Icon of Despair included, so your unit can feature an icon bearer. These models feature a wide range of weapons and heads, many of which are designed to fit a specific model  there are 8 boltguns, 4 plague knives, 2 bubotic axes, a blight launcher, a plasma gun, a meltagun, a plaguebelcher, a heavy plaguespewer (with backpack), a mace of contagion, a great plague cleaver, a plague flail, a plasma pistol and a bolt pistol. There are 2 weapon options available for the unit Champion: a specific plaguesword and power fist, and there are a total of 16 bare and helmeted heads. 2 specific arms are included for a model holding a blight grenade, with one hand pulling the pin. This kit comes as 146 components, and is supplied with 7 Citadel 32mm Round bases.