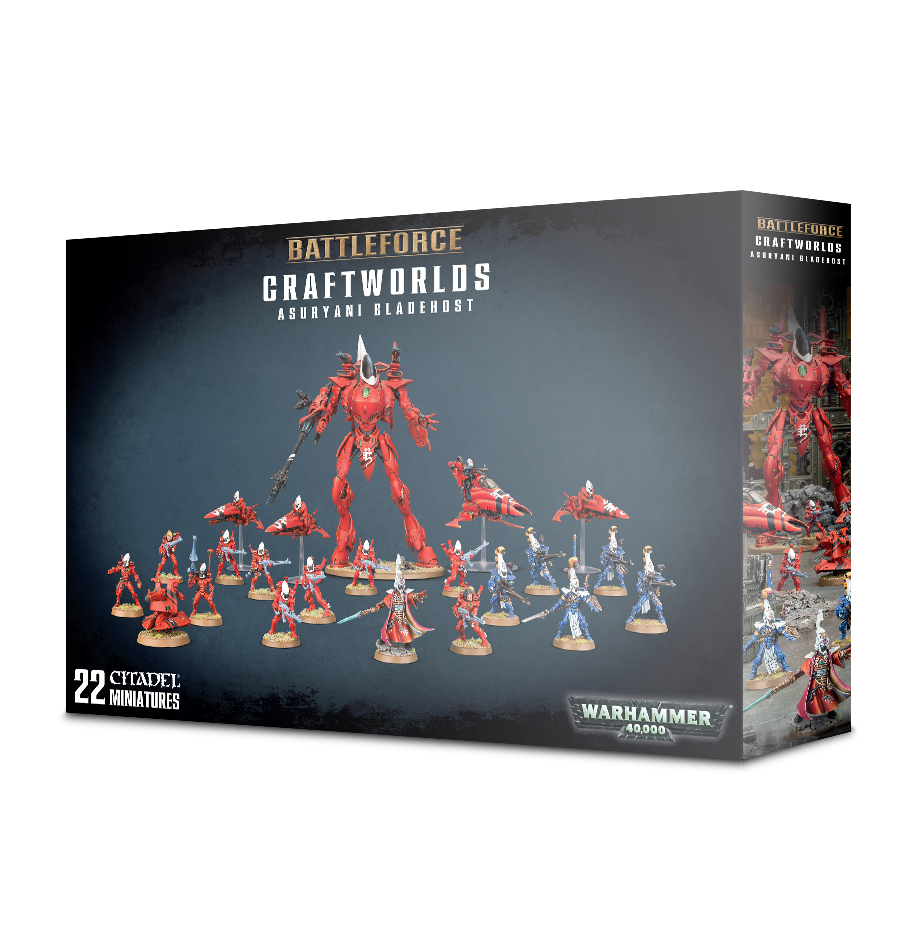 Whether you have an existing Asuryani collection or are starting a new army from scratch, the Bladehost features a selection of handy units to mobilise your Craftworlds forces for war. Heres whats in the set: