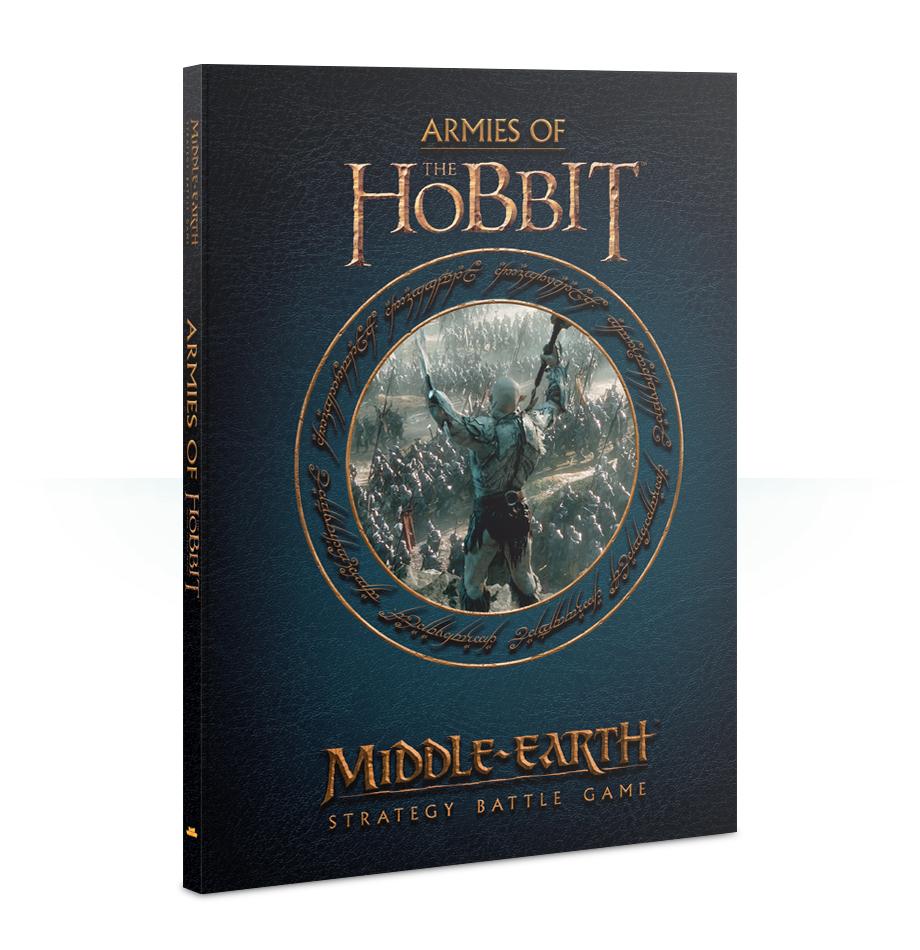 Armies Of The Hobbit Sourcebook (English)

The Armies of The Hobbit is an expansion for the Middle-earth Strategy Battle Game that enables you to recreate your favourite scenes from The Hobbit Motion Picture Trilogy with your collection. The 160-page hardback book includes all the information you need to take control of all the Heroes and armies on the tabletop:

- 13 army lists for the forces of Good, including a brief background, points values, characteristics, special rules and Heroic Tiers for the following: Thorin's Company; Army of Thror; The Iron Hills; Erebor Reclaimed; Army of Lake-town; Survivors of Lake-town; Garrison of Dale; Rivendell; Halls of Thranduil; Radagast's Alliance; The Misty Mountains; The White Council; Wanderers in the Wild;

- 7 army lists for the forces of Evil, including a brief background, points values, characteristics, special rules and Heroic Tiers for the following: Azog's Legion; Azog's Hunters; Dark Powers of Dol Guldur; Dark Denizens of Mirkwood; Goblin-town; The Trolls; Desolator of the North;

- 11 Narrative Play Scenarios based on pivotal battles: Destruction of Dale; Battle of Azanulbizar; Roast Mutton; Hunting Party; Escape from Goblin-town; Out of the Frying Pan, and into the Fire; Flies and Spiders; Fire and Water; The Fall of the Necromancer; Battle of the Five Armies; Battle for Dale;

- A full Allies Matrix, showing which factions can work together;

- Army Bonuses for every faction;