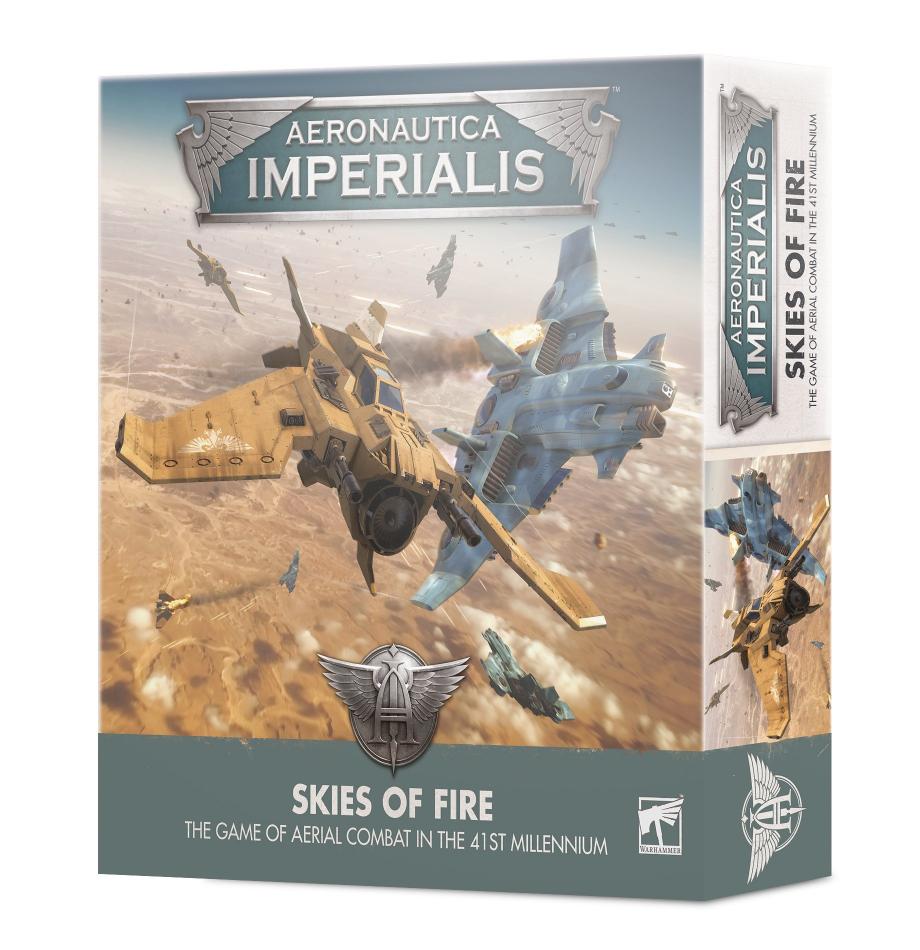 Aeronautica Imperialis is a fast-paced game of aerial battles in the 41st Millennium. Skies of Fire contains everything you need to start playing right away, including a combined Imperial Navy and Astra Militarum fleet, and a balanced force of Tau Air Caste aircraft. In addition to the models, you'll get an Aeronautica Imperialis rulebook, dice, counters, a double-sided game mat, and reference guides to get you into the action right away.

Split Skies of Fire with a friend and play through the narrative Scenarios, or add it to your existing collection to discover new tactical options. The Imperial Navy and Astra Militarum aircraft can be combined with all the existing Imperial Navy kits, including the contents of the Wings of Vengeance boxed set, so even established players will want to grab this box.