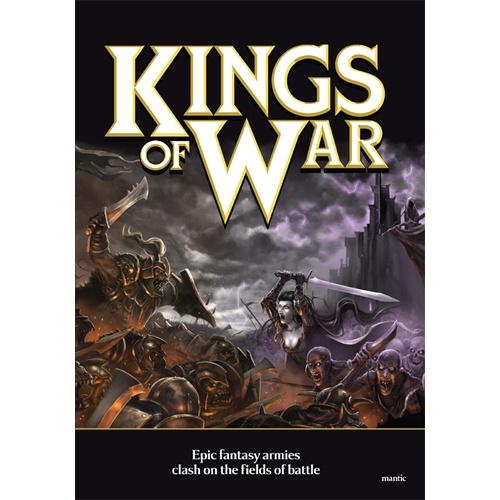 Kings of War is the mass combat fantasy wargame where kingdoms clash in epic battles. Featuring clear, concise rules, this incredibly tactical game is brutally simple, fast and fun.
It is at home as both a tournament system or for casual play, and includes all army lists for eight different fantasy races.
Developed after thousands of games and hundreds of pieces of feedback from the community, Kings of War is the game for gamers, by gamers.