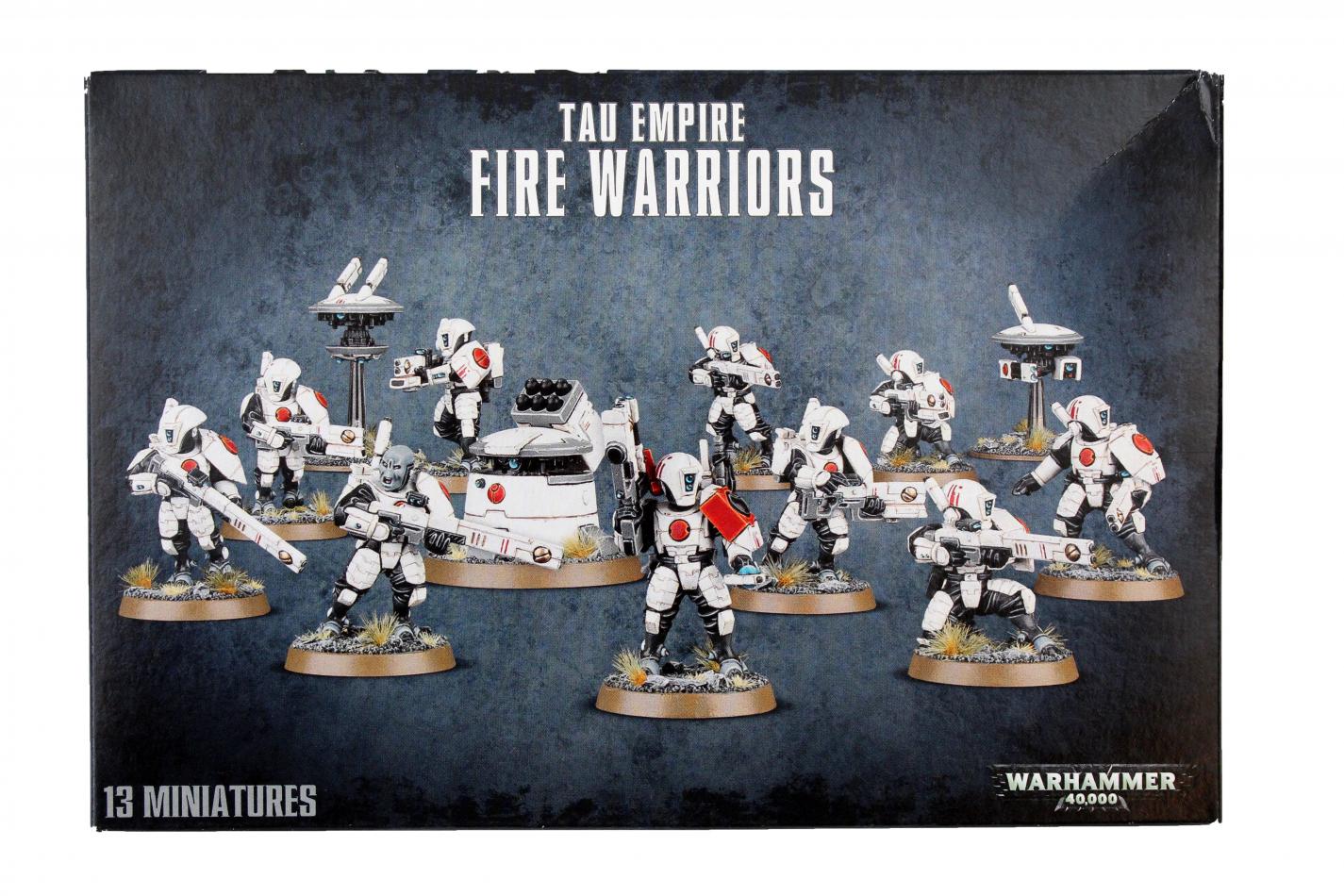 Fire Warriors are the core infantry of the Tau Empire and the backbone of their rapid expansion into Imperial held space. Highly trained foot soldiers that will fight to the last man for the greater good and are armed with various devastating energy weapons more advanced and deadly than what other races can bring to bear. Fire Warriors are broken into two types of squads, either Strike Teams or Breacher teams, each with different weapons and tactics to complete their objectives. This multi-part plastic kit gives you everything you need to build ten T'au Empire Fire Warriors, in their Strike Team configuration. One model may be upgraded to a Shas'ui, and the kit includes two drones, a DS8 tactical support turret, a selection of different shoulder pads and back packs and a choice of weapons - pulse pistols, pulse carbines, EMP and photon grenades! 230 components in total, with ten Citadel 25mm Round bases, one Citadel 40mm Round base and two small flying bases. This kit can also be assembled as a Fire Warriors Breacher Team.