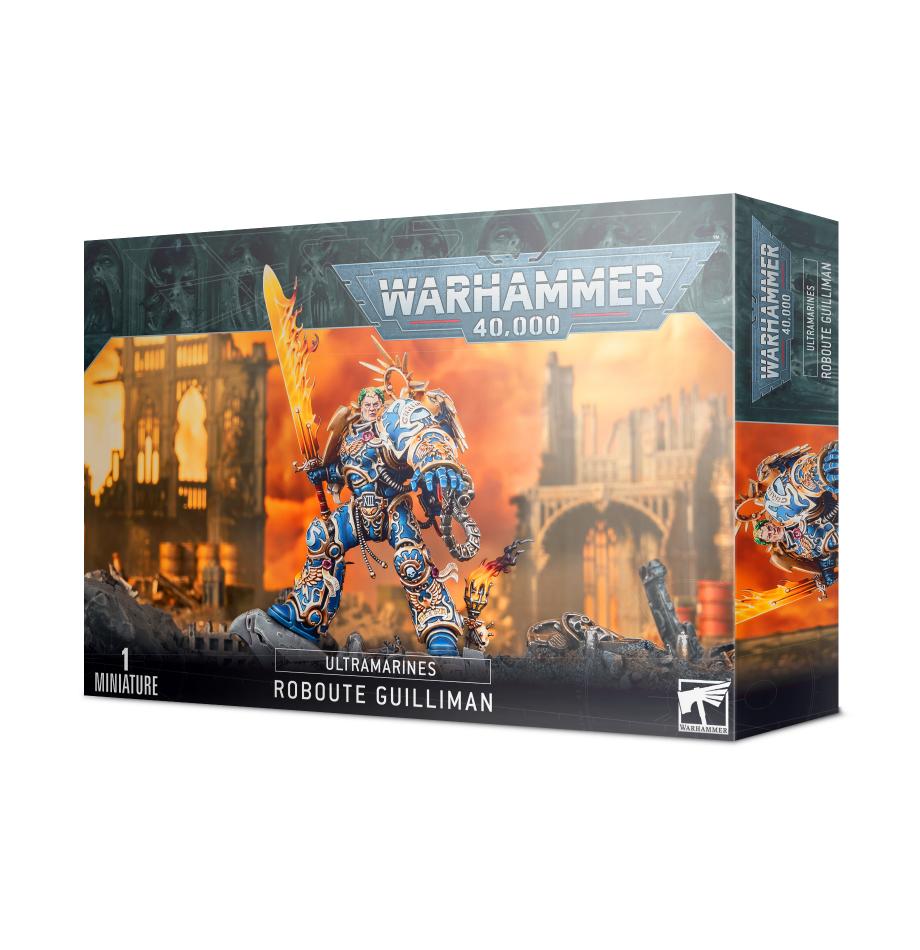 This multi-part plastic kit contains the components necessary to assemble Roboute Guilliman, Primarch of the Ultramarines. An impressively-sized model, standing head and shoulders above the Primaris Space Marines, he is a riot of detail  the Armour of Fate that encases his body is covered in beautiful, ornate filigree patterns on every part of the armour, with sculpted aquilæ, purity seals, skulls and Ultramarine Chapter icons on every surface. His winged backpack features an Adeptus Mechanicus makers plate and glorious iron halo, with many cables and hoses attaching it to the weaponry it feeds. The Emperors Sword, held in his right hand, is a huge blade that burns with righteous fury (and fire), while the Hand of Dominion, the enormous gauntlet on his left, is also capable of unleashing hails of armour piercing gunfire. You have the choice to model Guilliman with his head bare, or with an especially aggressive-looking helmet  both options feature a wreath. This model comes as 44 components, and is supplied with a 60mm Round sculpted base depicting Guilliman standing astride a broken Imperial eagle, flanked by 2 burning torches.