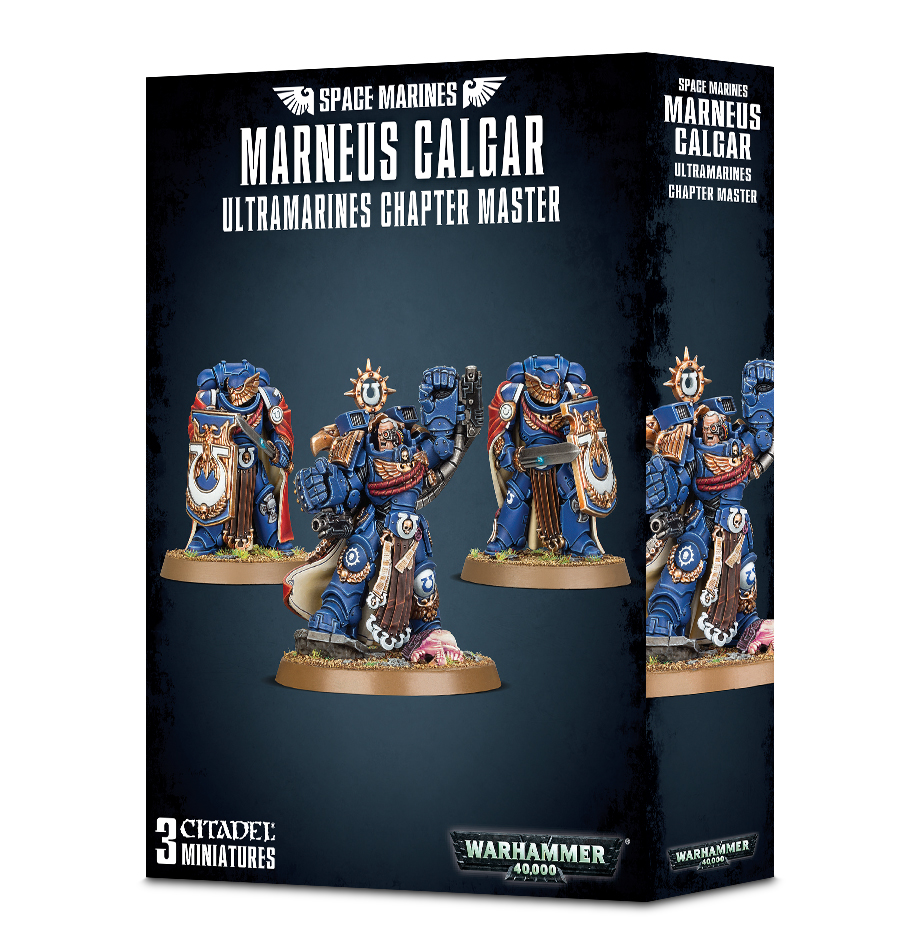 The custodian of the 500 worlds. The lord of macragge. Marneus is back and he's bigger and badder then ever!

- Marneus Calgar is a great addition to any Ultramarines army. Clad in the Armour of Heraclus - a suit of MkX Gravis Armour, and is wielding the legendary Gauntlets of Ultramar, he casts an imposing figure on the battlefield. His armour is adorned with purity seals, laurels and symbols of the Ultramarines Chapter that stands so defiantly against mankind's enemies. This model is supplied with a 50mm base.

- The Victrix Guard are mighty warriors of Ultramar, whose tactical skill is matched only by their martial prowess. Dedicated protectors, they carry storm shields as ornate and decorated as their armour into battle, while wielding power swords to help them protect Marneus Calgar and dispatch his enemies. This collection contains 2 Victrix Guard miniatures, each supplied with a 40mm base.