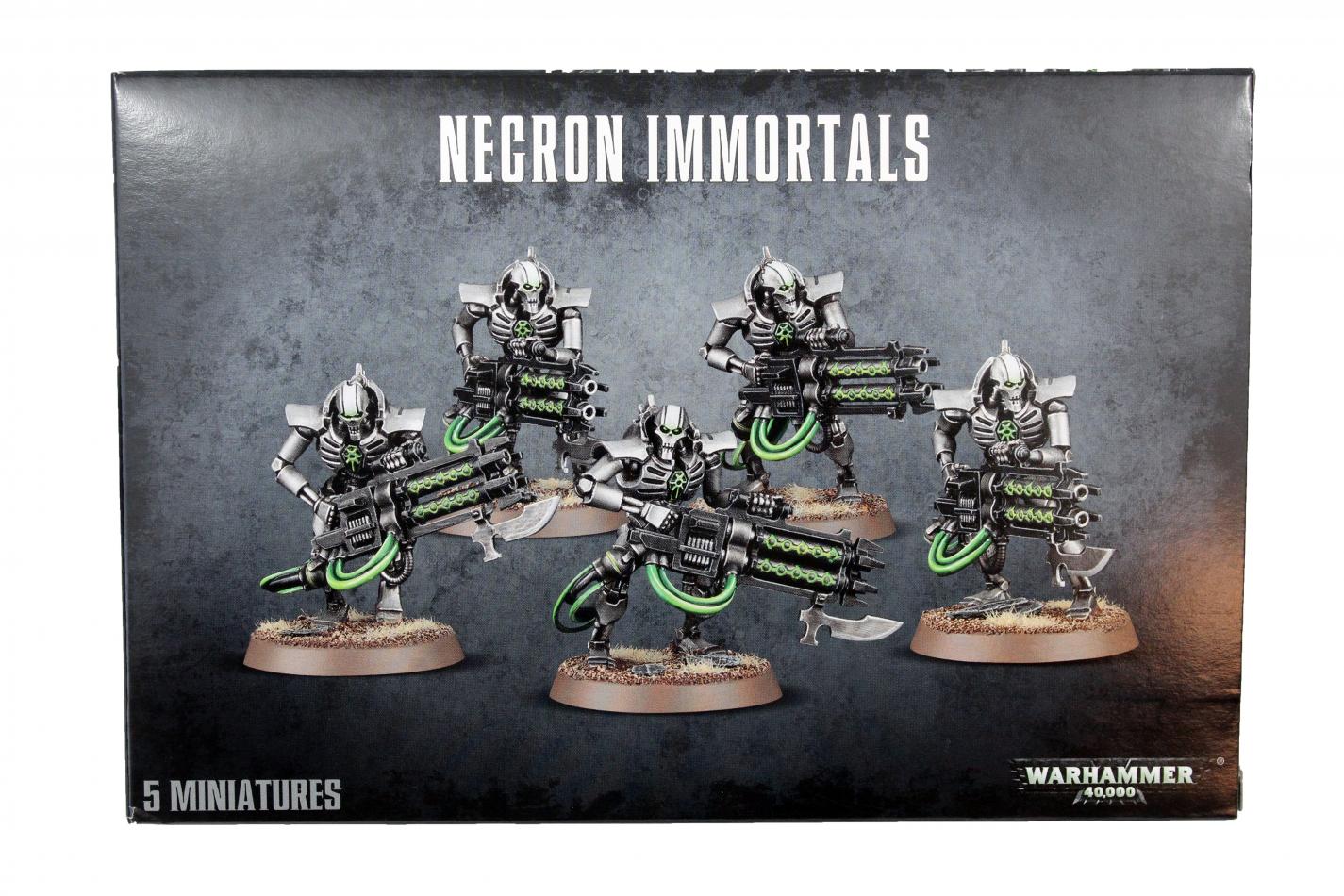 Necron Immortals are the Heavy Infantry of the Necron army. Armed with more powerful Gauss weapons then their Warrior brethren, clad in heavier armour, and able to repair themselves when felled, the Immortals are a wise investment for those looking to dominate the universe. This multi-part plastic boxed set contains 80 components, two Necron transfer sheets and five Citadel 32mm Round Bases with which to build five Necron Immortals or five Necron Deathmarks.