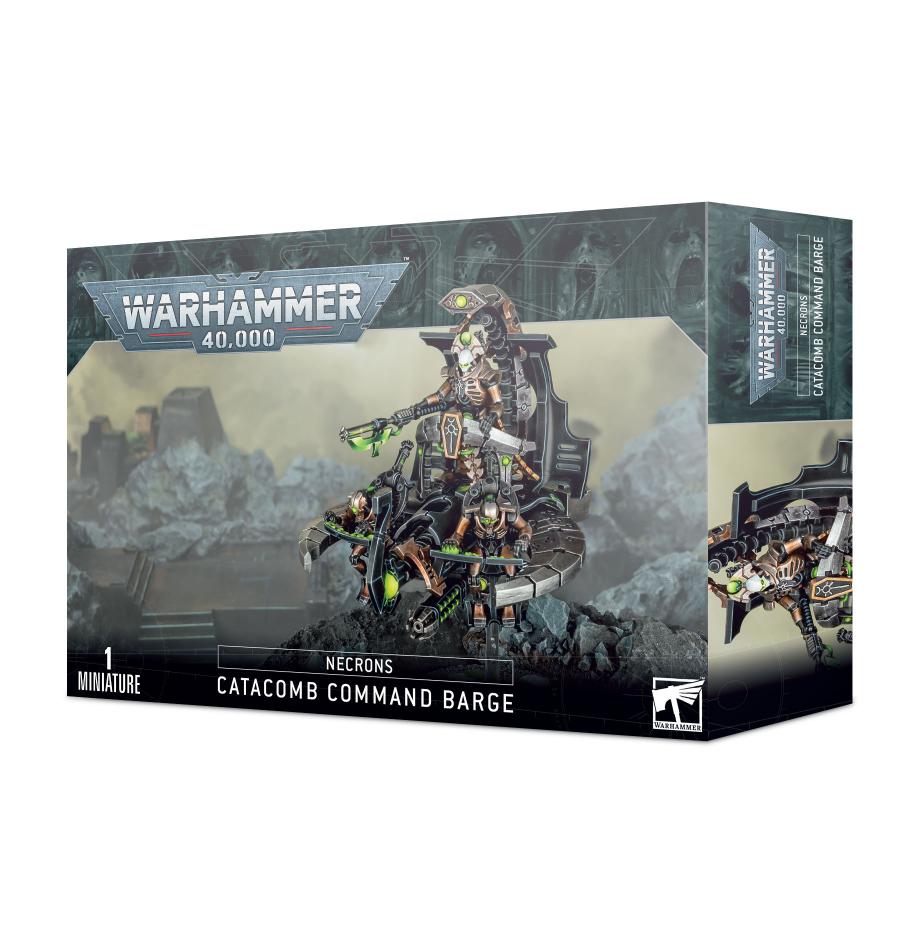 Some Necron Overlords choose to stand back from the front lines of battle, making plans and giving orders. Others may choose to ride into battle on a Catacomb Command Barge. This floating throne provides them with a mobile platform from which they can command their forces, while flying into the heart of the action, hacking at enemies with his warscythe. The Command Barge is a striking and imposing model. Adorned with Necron iconography and dynastic glyphs, it makes for an impressive addition to any Necron collection. It features a scythe-like mid section, the points of which surround two Necron minions that attend the control dashboard. Above them, a skeletal Necron Lord stands defiantly behind an elegant rail, gesturing forward with his warscythe. This multi-part plastic boxed set contains 84 components, two small flying stems, one large flying base, one 25mm round base and two Necron transfer sheets, with which to build one Necron Catacomb Command Barge or one Annihilation Barge.