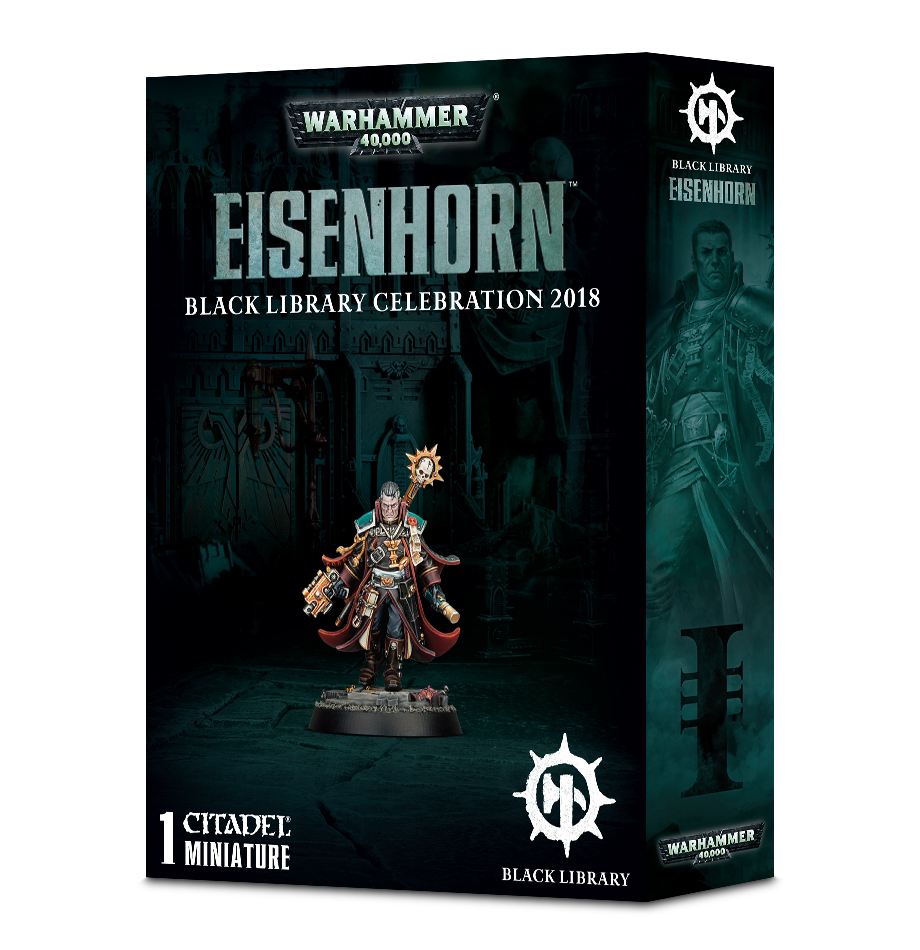 In stock now, once this run has gone it is out of stock forever.

This multi-part resin kit contains the components necessary to assemble Eisenhorn. The miniature depicts Eisenhorn in his younger days  high cheekbones, a glorious jawline and slicked hair frame an imperious Inquisitorial scowl. He carries a variety of the tools with which he carries out his solemn duties  an artificer bolt pistol in his right hand, a runestaff slung across his back with Inquisitorial scroll cases and an electrobane grenade hanging from it, along with his sword, Barbarisater, sheathed and attached to his belt. A further Inquisitorial scroll case is clutched in his left hand, and he bears an Inquisitorial seal around his neck  this is topped with an aquila, making the model a veritable showcase of Imperial iconography. Theres even a purity seal on the left shoulder of his ornate armour/cloak combo.The base features a sculpted, cracked Inquisition symbol over which Eisenhorn is stepping with purpose and determination  signifying his journey from Puritan to Radical. Bolter shells and a horned skull also feature on this base. Eisenhorn comes as 10 components, and is supplied with a Citadel 32mm Round base.