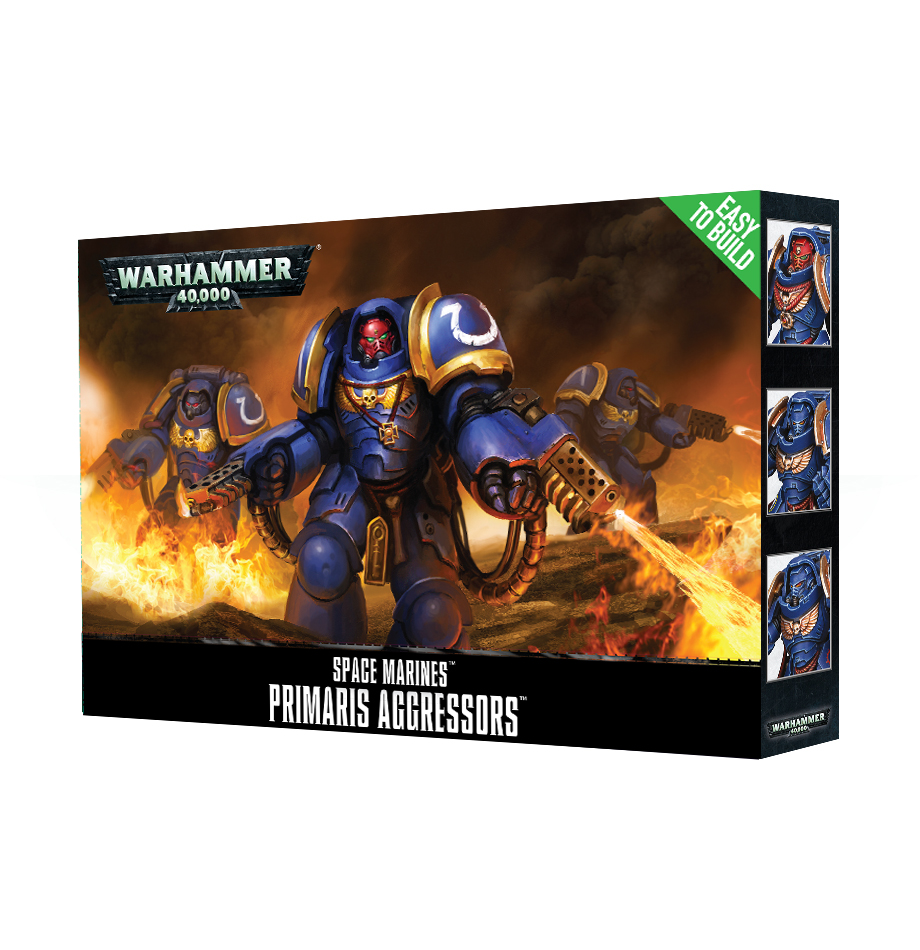 Designed to be as easy as possible to assemble for new hobbyists while being detailed enough for the hardiest veteran to appreciate, this is a set of 3 Easy To Build Space Marines Primaris Aggressors. Push-fit, with no glue required, these are incredibly straightforward to put together, and come on pre-coloured blue plastic sprues. Extremely heavily armoured, their silhouette is wider and chunkier than most Primaris Space Marines, with the flamestorm gauntlets they carry adding to the sense of absolute aggression. Each miniature features details such as the promethium tanks for the flamestorm gauntlets attached to their backs, with fuel lines and pipes, and each features a reliquary. One of the models is a Sergeant, bedecked with extra detail  more purity seals and skulls feature on him. This plastic kit comes as 35 components, and is supplied with 3 40mm Round bases. Rules for these miniatures are included in the box, along with a Primaris Space Marines Infantry Transfer Sheet.