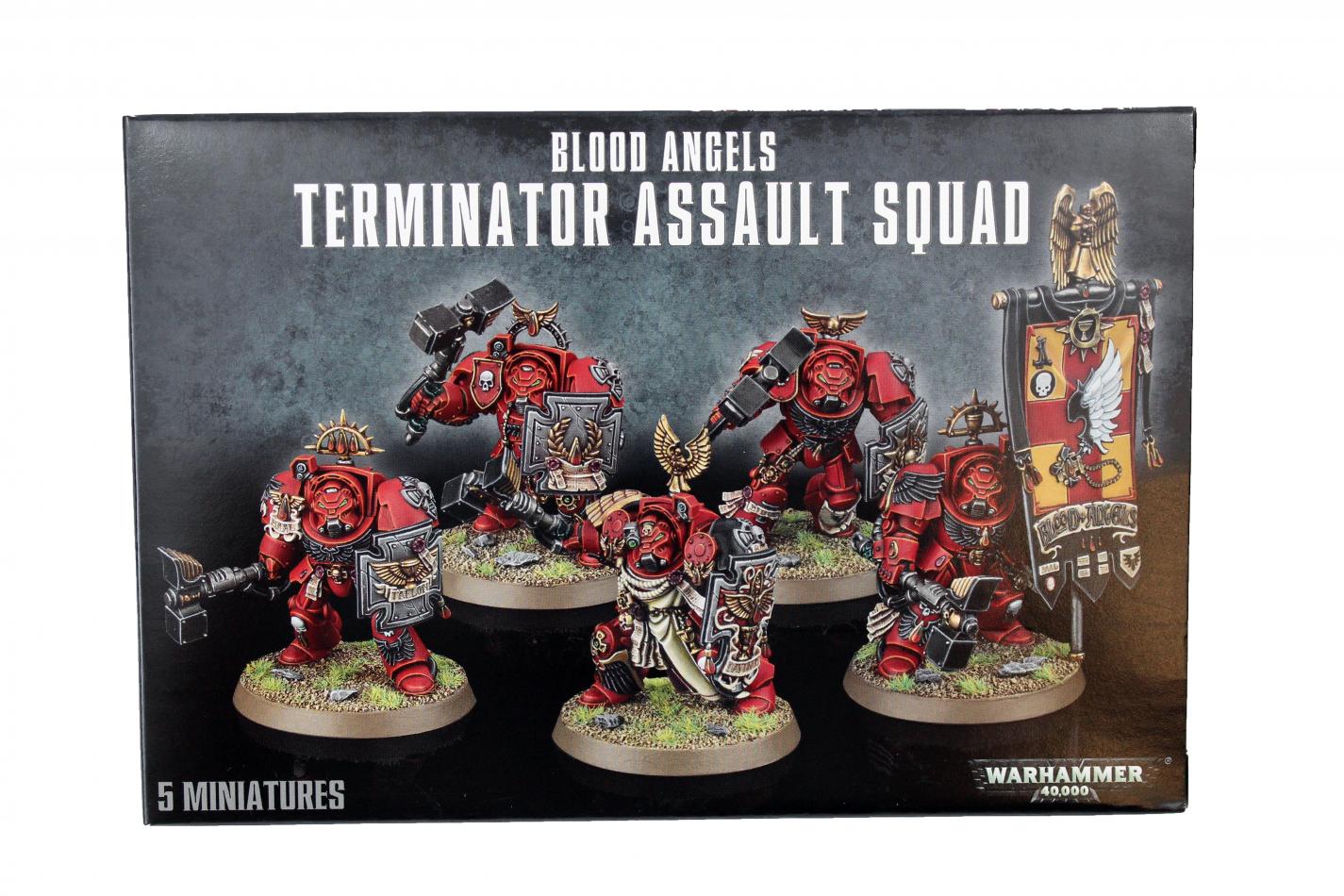 
This 76-piece kit contains everything you need to make a 5 man Blood Angels Terminator Assault Squad armed with either lightning claws or thunder hammer and storm shield. There are 5 pairs of Lightning Claws, each with matching details on the gauntlets. Each thunder hammer and storm shield features a unique design, whilst the Sergeants storm shield is easily identified as its the largest in the box. There are 5 Crux Terminatus shoulder pads designed to fit on the left shoulders, and 8 unique shoulder pads featuring Blood Angels iconography for the right shoulders. A choice of 12 tilting plates can fit on the front of the shoulder pads. Four of the torso fronts come with helmeted heads sculpted into them while the fifth has the option for one of the 5 spare heads in the set to be added. In addition to this, one model can be assembled as the Company Standard bearer and theres even a teleport homing device included.