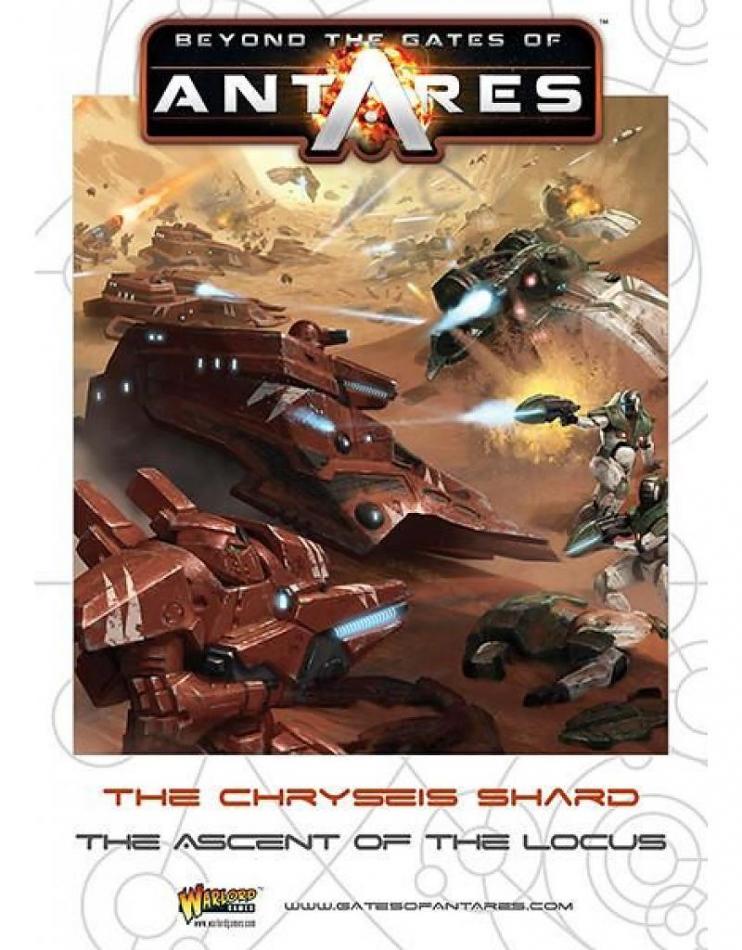 The Chryseis Shard - The Ascent of the Locus - describes events taking place in Antarean space since the destruction of the planet Xilos as portrayed in the first Antares Supplement: The Battle for Xilos. At the conclusion of that adventure, the discovery of an unborn Builder Gate and its subsequent escape from stasis consumed the planet Xilos and unleashed a new and terrifying power into the Antarean nexus.

Full Campaign. You can play out the entire campaign of six battles using the forces described. Each sides total score gives it an individual success rating. The score accumulated by the Locus gives a bonus level in the final game, making the Locus easier or harder to defeat.
Modified Campaign. You can also play out the entire campaign of six battles using any forces chosen to an appropriate points value as indicated for each game. You might also reduce the number of battles by just playing the ones that appeal to you.
Narrative Scenarios. You can play any of the six individual scenarios in this book using any forces you wish in the same way as the narrative scenarios already included in the Beyond the Gates of Antares rulebook. Individual scenarios can be played over and over again, with different forces every time if you want. Notes are also included suggesting further variations to try out.
Army List Entries. This book contains additions for existing army lists that either extend existing entries or add new ones. Although introduced here for the first time, these new entries form part of the relevant army lists and can be used in any Antares games.
Characters. Rules for several new Antarean characters that can be used in any games on the same basis as other Antarean characters.
Chryseian Armoury. An introduction to new weaponry and new equipment including a selection of vehicles as well as new squad types for Algoryn and Isorians.
New Variant Forces. This book includes new rules covering drop forces, new force selectors that allow different combinations of troop types, and rules for Ghar Fifth Columnists!
Hazardous Environments. A selection of new rules for fighting in hazardous environments.