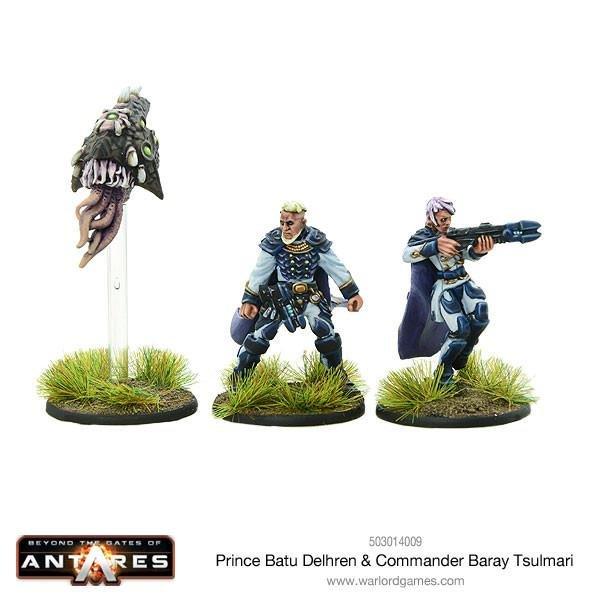 Prince Batu is a young scion of the ruling Tsulmar clan of the Freeborn House Delhren. Having misspent his youth upon the kind of frivolous and indulgent activities felt necessary to a princeling of the blood, the ruler of House Delhren and leader of the Tsulmar clan decided to put the young wastrel to good use.

Batu Delhrens meld nano­drone draws energy from internal fuel rods, but can also draw upon the environment, converting matter directly into power. In extreme cases where vast amounts of power are required quickly, the drone will leech matter from anything nearby, including Batus own body mass. Fortunately for Batu such occasions are rare, but constant loss of tissue leaves him physically weakened and can even endanger his life if the shard comprising of Prince Batu and a nano­drone feels itself threatened.

The Prince of the Delhren is accompanied by his bodyguard, Commander Baray Tsulmari. She is a highly capable soldier and leader, with stats that are better than those of Batu himself. When it comes to making unit tests, use the best value for the unit, whether that is Batu or Baray. This means the two function as a very effective team.