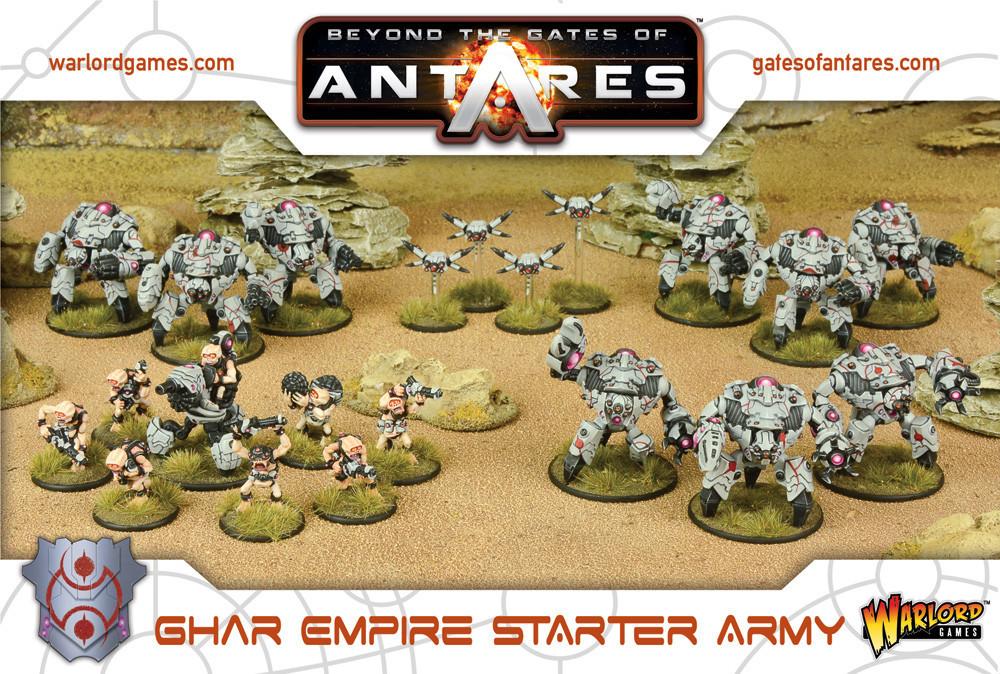 The Ghar - Created in ages past as soldiers in an ancient war, the details of which are long forgotten even by the Ghar themselves. Their distant ancestors were undoubtedly human but they have mutated into twisted, spiteful and pitiless creatures driven by an unquenchable hatred of all humankind.

Ghar were created to ﬁght in their formidable battle armour, enclosed within its metal shell and connected to its mechanical systems by neural plugs in their spines. The Ghar creature itself is small and feeble, compensating for this by being quick and nimble  partly a result of its diminutive size.