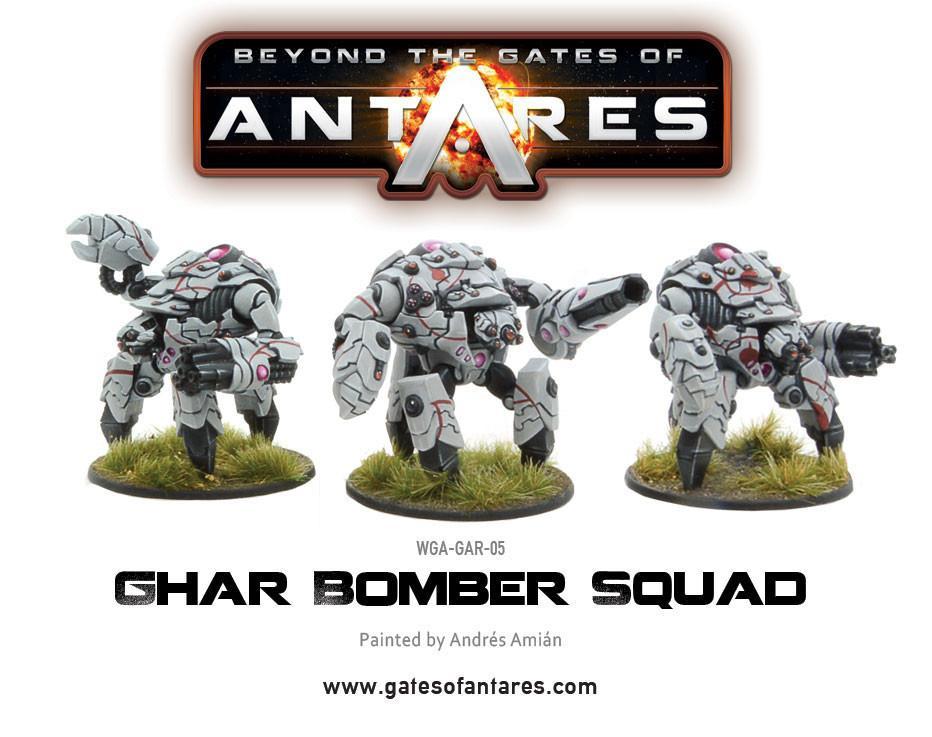 The Ghar live only to destroy lesser humans, and will not rest until they finally prevail over a universe emptied of all that verminous race. They were created in ages past  even they do not know when or why  and whoever engineered them eradicated all traces of pity and compassion from their being. Out of their armoured suits they are scrawny and wretched things, but once encased in battle armour, attached to their suits control by neural plugs driven into their spines, they are transformed into the ultimate warriors!

The Disruptor Bomber Squad is built around Ghar armed with a deadly Disrupter Bomber accompanied by Ghar armed with Scourer Cannons to protect the squad from attack. The Disruptor Bomber is a primitive launcher use a plasma/steam mix to lob a disrupter bomb into the air and on top of the enemy. Disruptor bombs release a powerful quantum gravity blast when they explode. This tears apart physical matter, wreaking havoc with sophisticated nano-based technologies, and creating residual spacial distortion that can often render battlefields uninhabitable for years.
Ghar Bomber Squad contains the following plastic mutli-part plastic models: