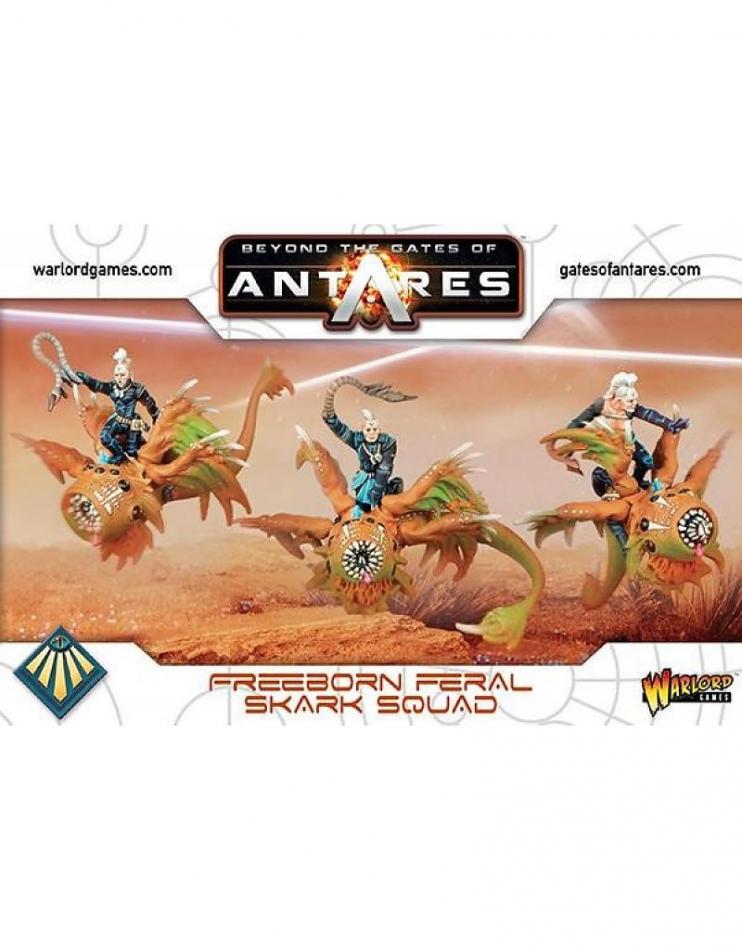 
Feral warriors of the Mhagirs ride skarks in their long-ranging raids against rival tribes and often clash in the scalding desert air. The Mhagris have fallen under the domination of the Oszon Mercantile League. The League, an alliance of Freeborn Varda led and dominated by the Oszoni, gladly makes use of Mhagris warriors, recruiting them into their own forces and training and equipping them to fight as mercenaries on their masters\' behalf

Amongst those warriors are entire formations of skark riders, their creatures variously upgraded and pacified with appropriate neural grafts, yet losing none of their native ferocity or endurance. The skark is a lithe and lightly-built winged creature, but none the less deadly for all that. It is temperamental, wilful and hard to control