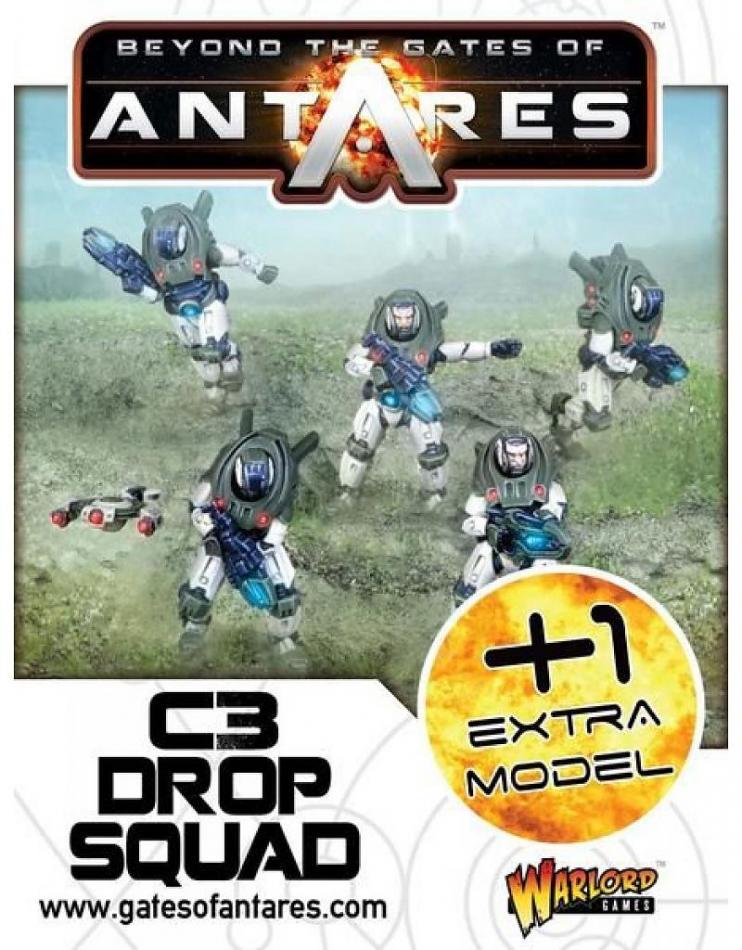 Drop troops are the most heavily armoured and armed of the Concord Combined Commands Strike forces. Their role is to spearhead assaults onto enemy held planets, and capture and hold objectives without the support of conventional heavy equipment. For this reason Drop Squads are heavily armed with powerful plasma weaponry including the ferocious plasma lance, capable of destroying even heavily armoured targets.

Drop Squads are equipped with grav chutes, more accurately anti-gravity or AG chutes, enabling them to descend directly through the atmosphere to their target. Dropping into combat is a risky affair and only used as a last resort. More commonly troops would be dropped some distance from the enemy and move to their positions overland. As well as allowing troops to drop through the atmosphere AG chutes also make it easier for troops to move quickly overland assisted by anti-gravity, or to traverse open water or other terrain impenetrable to ordinary troops.